Exciting news today as Vinegar Syndrome kicks off their annual “Black Friday Flash Pre-Order” sale; along with announcing their new sub-label VSU (“Vinegar Syndrome Ultra, a new Vinegar Syndrome sub-label focused exclusively on extravagant UHD/Blu releases of ‘major’ 80s and 90s titles that might not always fit into the regular VS milieu”), they’ve announced that the first release on the VSU sub-label will be 1982’s classic The Beastmaster!

Written and directed by Don Coscarelli (Phantasm, John Dies at the End, Bubba Ho-Tep), The Beastmaster stars Marc Singer as Dar, an extraordinary man who can communicate with animals and is out for revenge against the ones who killed his people. The Beatsmaster also stars Tanya Roberts, John Amos and the late Rip Torn.

Don Coscarelli had this to say about the release: “I am happy to report that Vinegar Syndrome has embarked on a meticulous restoration of my film The Beastmaster that it has always deserved. Vinegar Syndrome has done commendable legwork and tracked down a pristine printing element, a high quality Interpositive, in the Warner Bros. vaults. VS has also assembled a plethora of fascinating new supplemental materials that I cannot wait to share with fans. I am so excited that finally The Beastmaster will be released on 4k Ultra HD and Blu-ray in North America.”

Included in the release are:

Also part of the “Black Friday Flash Pre-Order” releases are:

Click here to head to Vinegar Syndrome to place your orders today because once they’re gone…they’re gone! 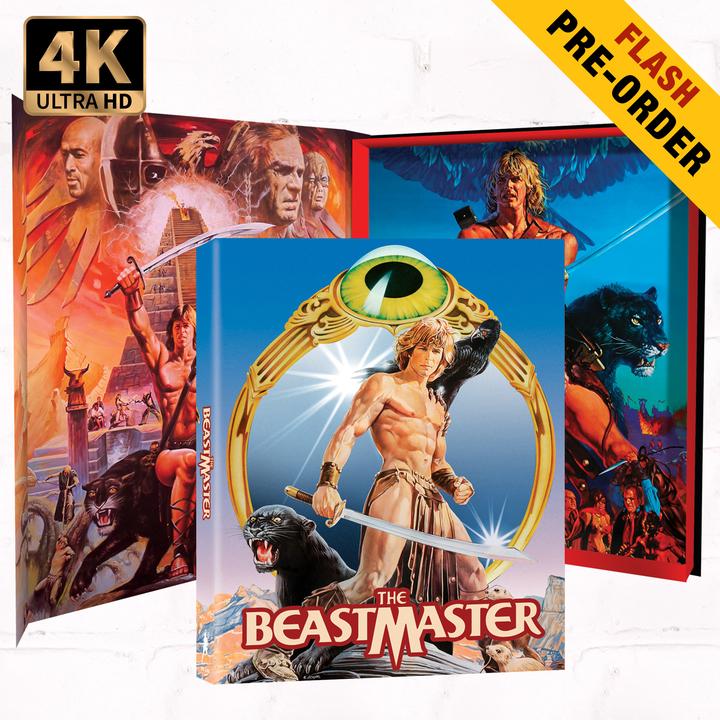 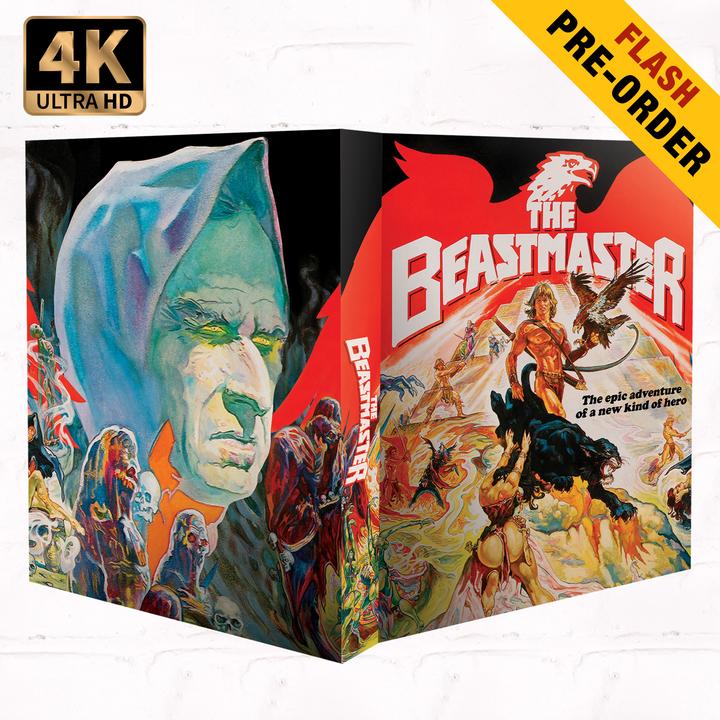 Ken Jones Of ‘Phantasm’ Fame Has Passed Away