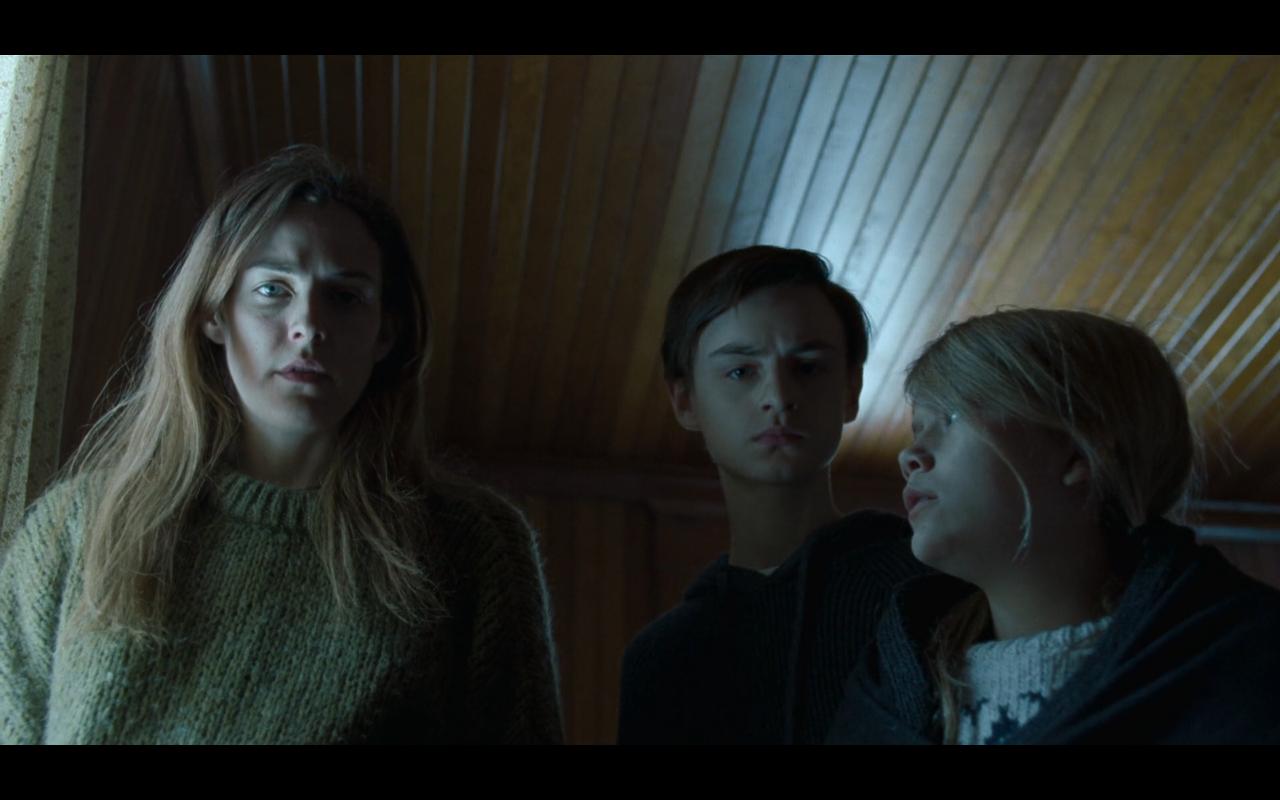 The Lodge is the highly anticipated follow-up from writers/directors Severin Fiala and Veronika Franz’s 2015 nail-biter, Goodnight Mommy. The film hit Blu-Ray on May 5th after an abbreviated theatrical run due to COVID-19. The Lodge reveals that these filmmakers aren’t quite finished exploring the dynamic relationships between children and mothers or other matriarchal figures, and the film represents a natural development in their paths as filmmakers. While there are elements of storytelling that prevent the film from achieving the same success as masterpieces featuring similar content and style like the works of Ari Aster and Robert Eggers, The Lodge is still a legitimately frightening experience to behold. 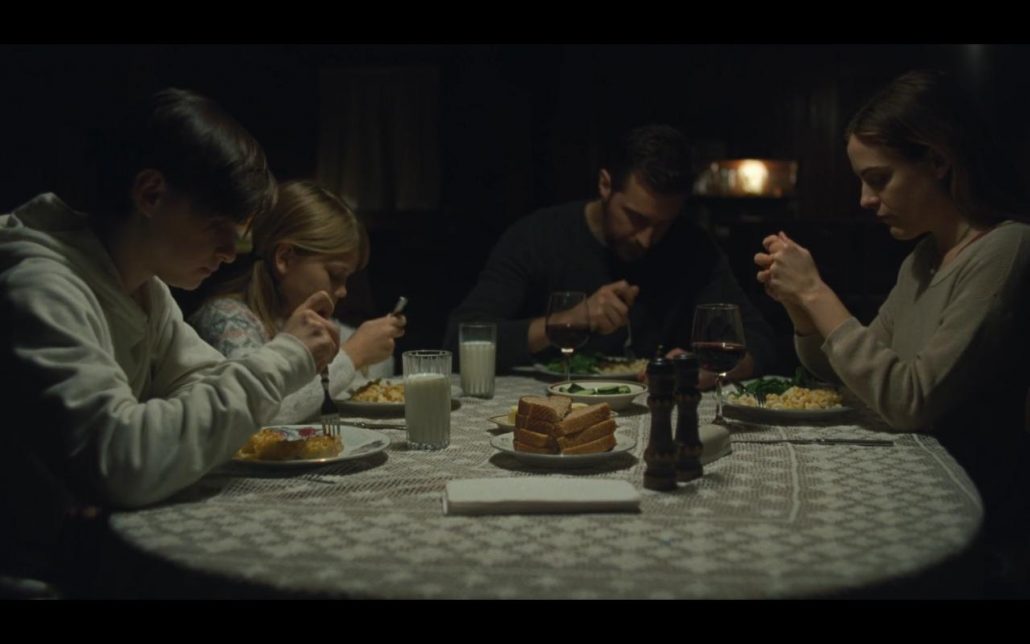 The premise of The Lodge is simple: six months after suffering the sudden loss of their mother to suicide, Aidan and Mia’s father thinks it’s a good idea for them to spend the Christmas break in a secluded cabin with his new girlfriend… who happens to be the last surviving member of a religious death cult. This small cast is excellent, and each performer is perfectly cast in his or her roles. It’s a breath of fresh air to see Alicia Silverstone in the film, regardless of her brief appearance. Richard Armitage also doesn’t get much screen time as Richard, the father, but he uses his time wisely to portray a man the viewer would easily believe would stick his grieving kids in a cabin with his younger replacement of their mother over the holidays. The weight of the movie easily rests on Riley Keogh. The actress is effortlessly capable and hauntingly captivating as Grace, the lone survivor of religious abuse who is still grappling with her own trauma and knows damn well that the kids want nothing to do with her. First, it’s little things like Mia not wanting her to wear her mother’s winter cap… and then things are taken to a whole new level.

The Lodge is atmospheric and brooding. The film’s tension comes from its close-up shots and limited visibility throughout the smoky, dimly lit rooms of the darkened cabin. Its interior scenes are lit by only the ambient light from the windows, making even daytime moments tense and claustrophobic. The film’s visual style bares heavy resemblance to recent hits like Hereditary, Midsommar, The Witch, and The Lighthouse, and the film is sprinkled with interior shots of a child’s eerily-familiar looking doll house à la Hereditary. In fairness, Fiala and Franz got their start before Ari Aster and Robert Eggers and Goodnight Mommy was also brooding and atmospheric. But it’s hard to believe there wasn’t a concerted effort to fit the visual tone and style of The Lodge to be stylistically similar to the trappings of the A24 releases that have taken the world of horror cinema by storm. I’m certainly not complaining, as the cinematography and visuals of The Lodge are exactly what make it a good horror film, I’m merely pointing out that we’ve seen these visuals played out more effectively elsewhere. And they were surrounded by tighter storytelling. 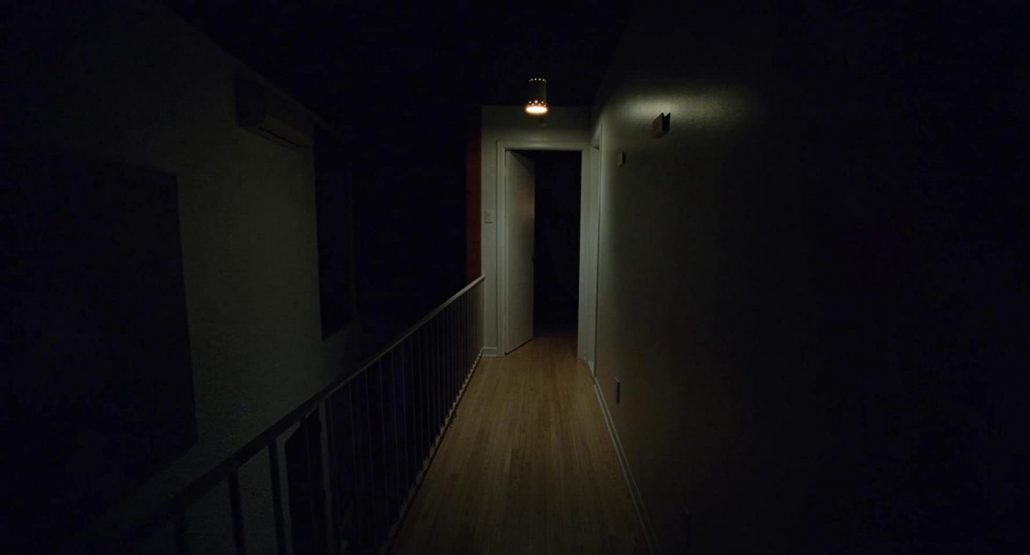 The Lodge is tough to review without spoiling because it relies so heavily on narrative twists to keep the viewer engaged. The key difference between The Lodge and the films it visually resembles is that those other films are all telling very simple stories that don’t try to shock the viewer with creative twists and turns. There are about three or four different times throughout its runtime of the film where The Lodge is a different kind of movie. The problem with changing the rules of the game every once in a while is that viewers are sure to have a plot of the movie they find most fascinating, and thus some will be disappointed when a new twist comes along and reverses all of the neat ideas that came before it. I personally preferred a moment where the characters (and the audience) believe they are dead and the cabin is some kind of rustic purgatory… but the plot all comes crashing down too quickly for the filmmakers to thoroughly explore this content. By the time the final twist is revealed, one can’t help but ponder the logistical considerations that allowed this all to be pulled off. 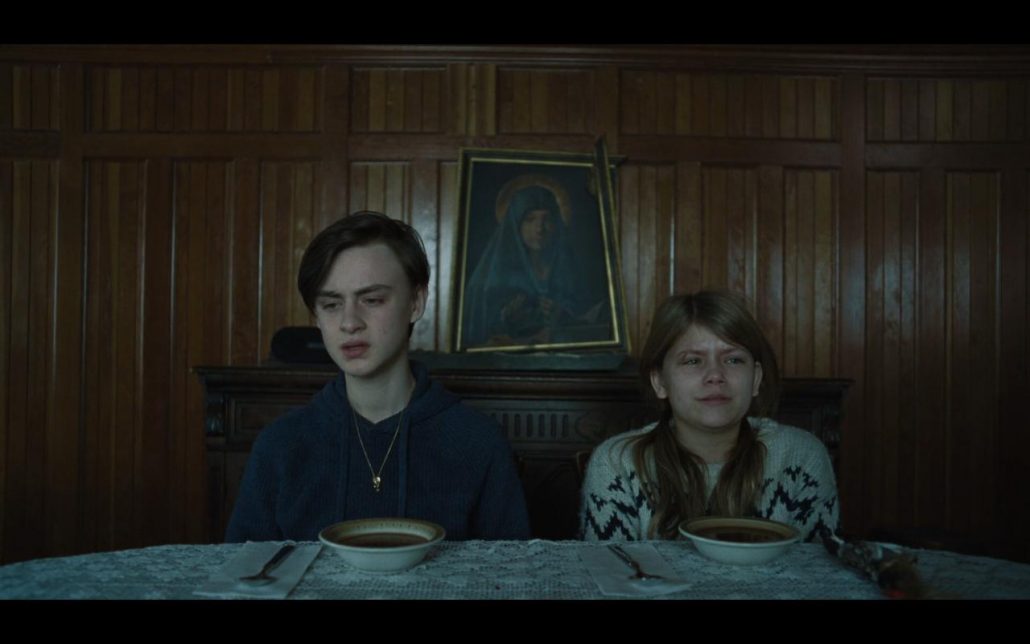 Wonky story structure aside, Jaeden Martell and Lia McHugh do a great job with the material they’re given to work with as Aidan and Mia. It’s a breath of fresh air to watch a horror movie that manages to focus on children while simultaneously avoiding the “creepy kid” and the “innocent victim” tropes that are often established in modern horror films ad nauseam. Their interactions with Keough’s Grace are thoroughly engaging right down to the very last scene, and their natural performances have a way of elevating the material.

The Lodge is at its best when the camera is slowly fixated on a brooding hallway or intimately fastened on a character’s troubled face. The film achieves a chilling atmosphere that will have viewers watching even ancillary scenes through the cracks between their fingers. It’s one of the better horror movies to come out in the past few years, and it’s definitely going to scare you. But you might be thinking about the logistics of its plot over the content of its themes and motifs after the credits roll. 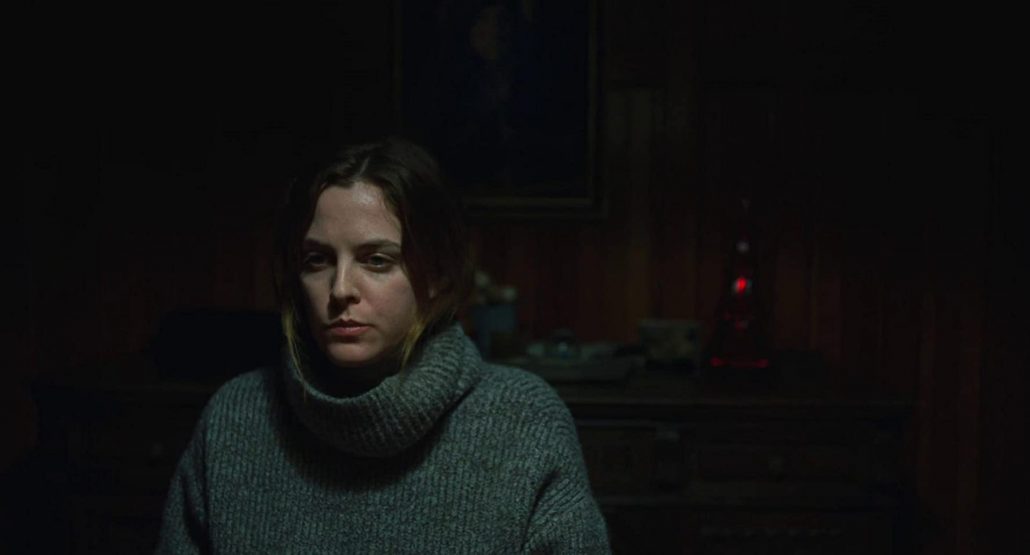 Given the film’s short theatrical run, the Blu-Ray disc may be many viewers’ first time watching The Lodge. The disc offers a barebones package with a solid transfer of the movie. The film is dark and muddy to begin with, and those looking for a bright presentation have come to the wrong place. However, the black levels are solid, and there’s a lot of detail hidden in those murky shadows. The sound design is good too, and haunting whispers highlight the film’s atmospheric- yet minimalistic- score. The only bonus features on the disc are theatrical trailers, so the disc isn’t going to help viewers find any closure regarding the film’s relentless plot twists. The Lodge is the kind of film that seems ripe for a directors’ commentary, so this pared-down release seems like a bit of a missed opportunity. However, you do get a good transfer of a good film that you’re probably going to want to watch more than once.

Stay tuned to Horror News Network for complete coverage and in-depth reviews of the hottest horror films as soon as they break!