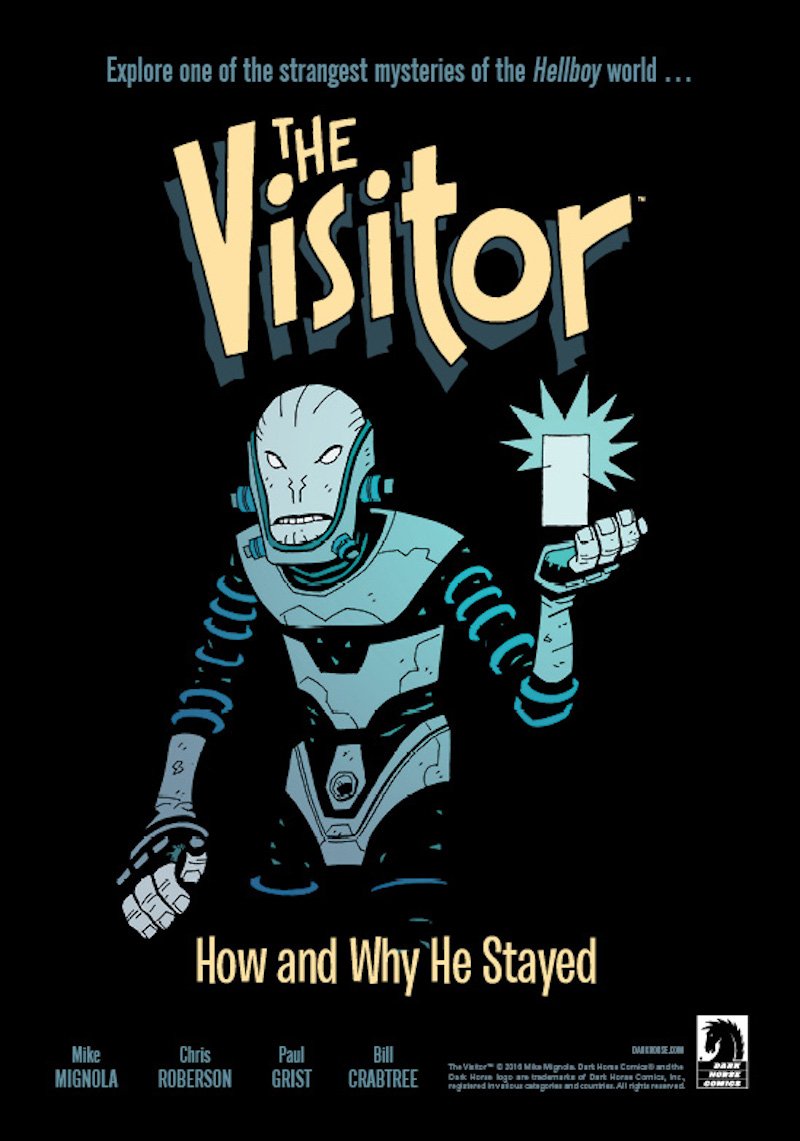 Dark Horse Announces “The Visitor: How and Why He Stayed”

In Hellboy news, Dark Horse recently announced the upcoming “The Visitor: How and Why He Stayed” to debut on February 22, 2017. This latest story will be co-written by Mike Mignola (Hellboy) and Chris Roberson of “iZombie” fame. Joining them will be Paul Grist (Jack Staff) for artist duties and Bill Crabtree as colorist. The forthcoming five-issue series will even be teased on “Hellboy: Winter Special 2017” available January 25, 2017.

Co-creator Chris Roberson has this to say about the upcoming effort: “In Hellboy: Seed of Destruction, readers were given a brief glimpse of a crew of strange looking aliens monitoring the supernatural doings on Earth from way out in space. We later learned that one of those aliens had been sent to Earth to kill him in 1944, but chose to spare him at the last moment….In THE VISITOR, we explore who those aliens are, why that assassin was sent to kill Hellboy, and just what he was doing in all of the years in between.”

This new mini-series should appeal to fans of mysteries, aliens, and of course, Hellboy.