The Beauty of Horror coloring book series started out five years ago as just some doodling for Horror Comic Award winning artist and Life of Agony bassist Alan Robert. What may have seemed like a one of project has turned into a whole series of best-selling adult coloring books.  Not only has is spawned imitators, but also introduced fans of the macabre to Ghouliana, who has acted as somewhat of twisted Alice in Wonderland tour guide through five volumes in the series.  We recently caught up with Alan to discuss the series and it’s evolution.

Horror News Network: So, while the world was in lockdown last year, you were obviously keeping yourself busy.  First off, let’s discuss The Beauty of Horror 5: Haunt of Fame. I remember back in 2016 when you first released The Beauty of Horror, you mentioned you were inspired by watching your daughter and wife color.  Did you ever think you would end up continuing this for now five volumes and Ghouliana would take on this whole new life?

Alan Robert: You know, keeping myself busy drawing every day during the pandemic really saved me in a lot of ways. My band Life of Agony was scheduled to tour all over the world in 2020, and because of the lockdowns and travel restrictions, everything either got postponed or cancelled. So, all of a sudden, my year became wide open and I was able to dive deeper into Ghouliana’s world with more Beauty of Horror projects! It was a great thing, because it kept me focused on something positive and by staying creative, it was a healthy distraction from all the sadness and uncertainty happening all around.

Back in 2016 when I drew the first book, I really had no idea The Beauty of Horror would explode like it did, let alone become a successful series. I’m so grateful for it being able to find a loyal audience and super thankful for the fans for being such an important part of the whole experience. Creating adult coloring books is a lot different from making graphic novels or comic books, because these books are interactive. There are literally thousands of colored-in pages from the series on social media from fans, and every page is brought to life with its own unique style and interpretation. As a creator, it’s amazing and humbling to see what can be done with the line art. Some color-works are really mind-blowing and they actually inspire me to draw more designs.

Horror News Network: At this point NECA is even coming out with a Ghouliana collectible, when and where can fans pickup one of those?

Alan Robert: Oh man, NECA is my favorite toy company so this is huge honor for me. My office is decorated in their figures… everything from Jaws and The Evil Dead, to Aliens, Freddy and The Planet of The Apes. Fantastic stuff and great people over there. The 5” Ghouliana figure is in production now and the design is spot on! They nailed every detail. I’m even excited about the box design… wait till you see it. It’s going to be something really special. As soon as we have a solid release date, I will let you know. NECA and I actually have a few more cool Beauty of Horror ideas we’re kicking around, so lots more to come.

Horror News Network: For this latest, The Beauty of Horror 5: Haunt of Fame, there are some very iconic in there, from David Bowie, Bob Ross, and even that 1970’s classic Farah Fawcett poster.  How did you decide, or how did you get inspired to choose who to interpret in this way?

Alan Robert: With every edition of The Beauty of Horror I choose a new theme to base the art around. For example, Volume 3 had a haunted playgrounds and carnival vibe, and Volume 4 focused on legendary horror films. I think it’s fun for fans to have a variety of designs to color in from book to book, and it’s a lot of fun for me to draw, because there’s a lot of comedy to add into the horror. That’s the thing about The Beauty of Horror series… it’s really a mashup of tongue-in-cheek parody mixed with horrific imagery. Some of my favorite horror movies, like An American Werewolf in London and Evil Dead 2 had hilarious comedy weaved into them, and that’s the kind of the feeling I’m going for when creating these books. This time around, in The Beauty of Horror, Volume 5, when illustrating tributes to dead celebrities, I chose icons that I grew up on or ones that affected me the most. There’s a pretty diverse cast of characters in there from movies, tv, music and pop culture.

Horror News Network: I know the Life of Agony, The Sound of Scars documentary came out earlier this year. Did you ever think to include your own band, Life of Agony into the Haunt of Fame edition?

Alan Robert: Ha! Not this time… but I do have plans to possibly include LOA in a future book concept. With The Sound of Scars documentary, we just did a limited 2-week director’s cut screening, but it will be released everywhere early next year.

Horror News Network: As mentioned, 2021 has been quite the year for Ghouliana, what prompted you to develop a tarot deck?  Do you, yourself read tarot, because your visual interpretation of the major and minor arcana cards are really on point in a that darker Beauty of Horror way.

Alan Robert: My wife reads tarot and has the classic Rider-Waite deck and some guidebooks. I used them for reference when creating mine. Illustrating the deck was definitely a learning experience for me, because as fascinated I am by tarot cards, before drawing them I never even had my cards read professionally. I did my best to stay true to the traditional tarot experience using the correct iconography so that the meanings made sense, but at the same time, I put my own spin on each of them. My buddy Jay Fotos, colorist for Locke And Key, did an amazing job adding his color style to the full-color version of the deck. I set out to create the creepiest tarot deck out there… I hope that comes through! 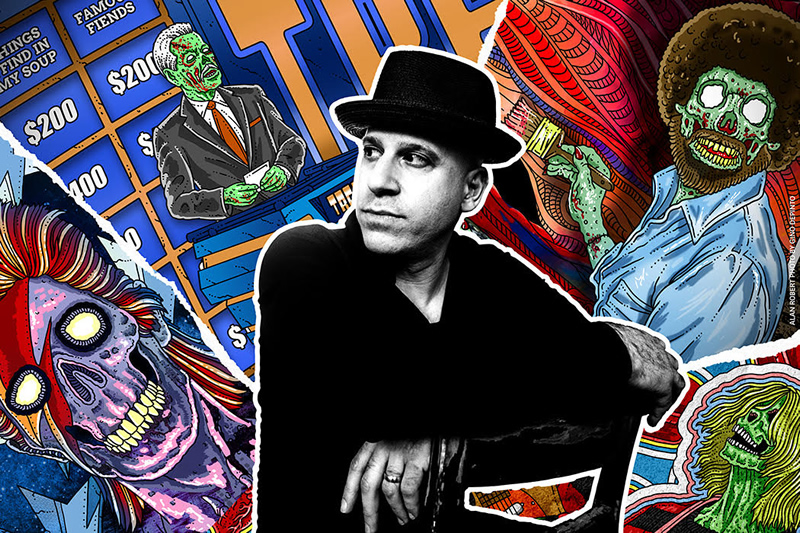 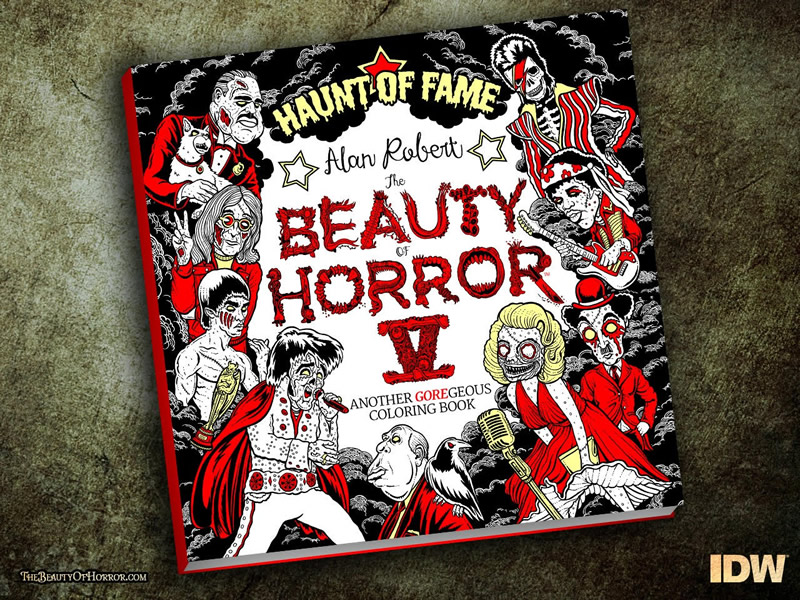