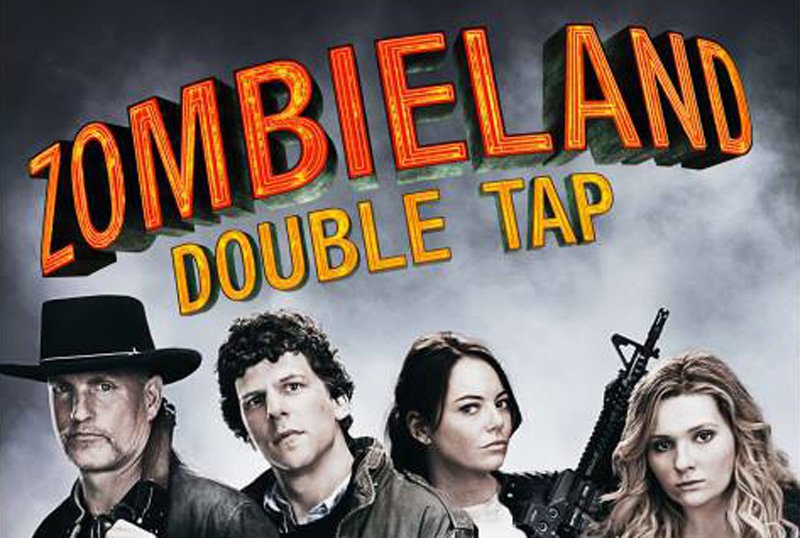 In a pretty genius move, the poster for this new installment of the Sony film was released via the Zombieland Twitter account as a #10YearChallenge post (see below) and they’ve all aged pretty nicely for spending ten years in a zombie wasteland! According to Deadline, Zombieland Double Tap, “centers on the comic mayhem that stretches from the White House and through the heartland. The zombie slayers must face off against the many new kinds of zombies that have evolved since the first movie, as well as some new human survivors. Most of all, they have to face the growing pains of their own snarky, makeshift family.”

Zombieland Double Tap is set for an October 11, 2019 release. Check back often for more news on this and all of your horror news needs! 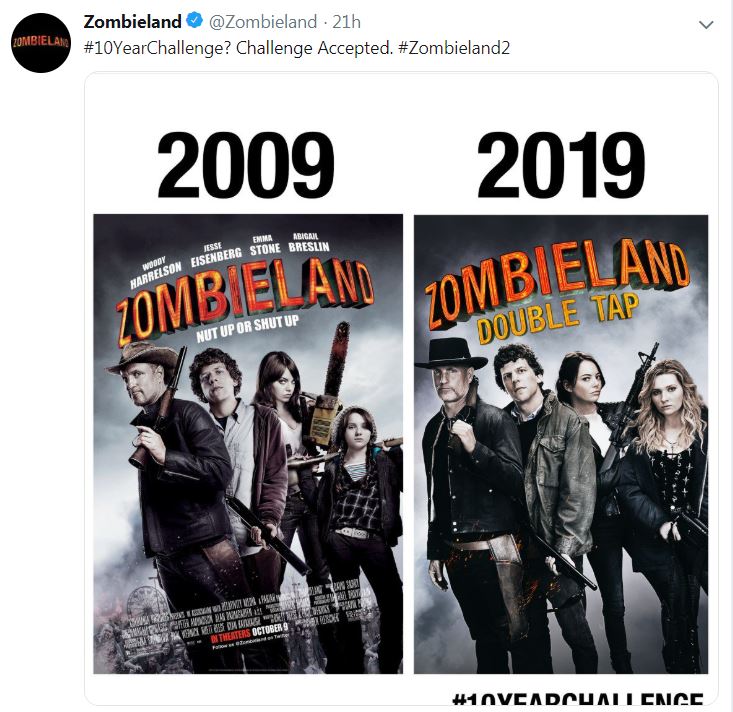 Will Any Roads Lead Back To The Perils Of ‘Zombieland’?