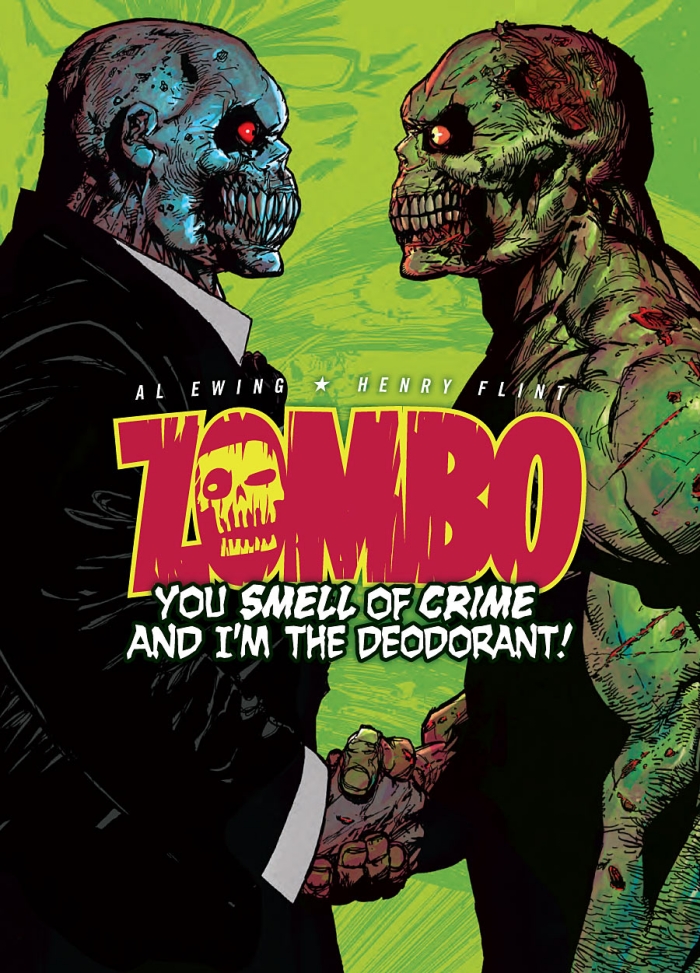 Zombo: You Smell of Crime and I’m the Deodorant preview

2000AD has provided us a preview of the new Zombo: You Smell of Crime and I’m the Deodorant comic.

From the significantly warped minds of Al Ewing (Mighty Avengers) and Henry Flint (Judge Dredd, Haunted Tank) comes the crime-fighting cadaver, the unusual undead, the rather queer revenant – ZOMBO! With weaponised zombies, mega-brained pop music moguls, the minds of male strippers transplanted into the undead, war-happy padres, rubbish super teams, blue cone-headed super-bands, and a titanic clash between Earth and the Death Planet (literally), you have never read anything like this before! This special edition of The Day the Zombo Died and Planet Zombo will be released simultaneously on both sides of the Atlantic, giving comic book fans the chance to sample this most unique of characters from the pages of 2000 AD!