Task Force Z No. 1 and DC Vs. Vampires No. 1 will both hit the stands Oct. 26, according to comicsbeat.com, and fans of brand-new horror comics (and who isn’t?) can check out the ghoulish covers on this very page.

Task Force Z–from writer Matthew Rosenberg, artists Eddy Barrows and Eber Ferreira and colorist Adriano Lucas–picks up after hundreds of Gotham City’s most dangerous criminals were left for dead after an attack on Arkham Asylum, “and now, they’re getting a second chance at life.”

A mysterious benefactor is assembling a new task force and he’s recruited a leader who knows what it’s like to come back from the dead: Red Hood. Jason Todd will lead this team of the recently deceased, including Bane, Man-Bat, the Arkham Knight, Sundowner and Mr. Bloom.

Task Force Z will include several variant covers from such artists as Tyler Kirkham, Dan Mora and Kyle Hotz.

The undead (or not-dead) will also be out in force in DC Vs. Vampires No. 1 (the first of 12 issues) from the writing team of Rosenberg and James Tynion IV and artist Otto Schmidt.

As explained by DC, “In the tradition of DCeased comes a new, terrifying story.” This standalone 12-issue series “will pit the Justice League against a secret army of vampires, leaving our heroes unsure of who they can trust.”

Keep reading Horror News Network for the latest in fear-fraught comics, as we move ever onward into the Halloween season. 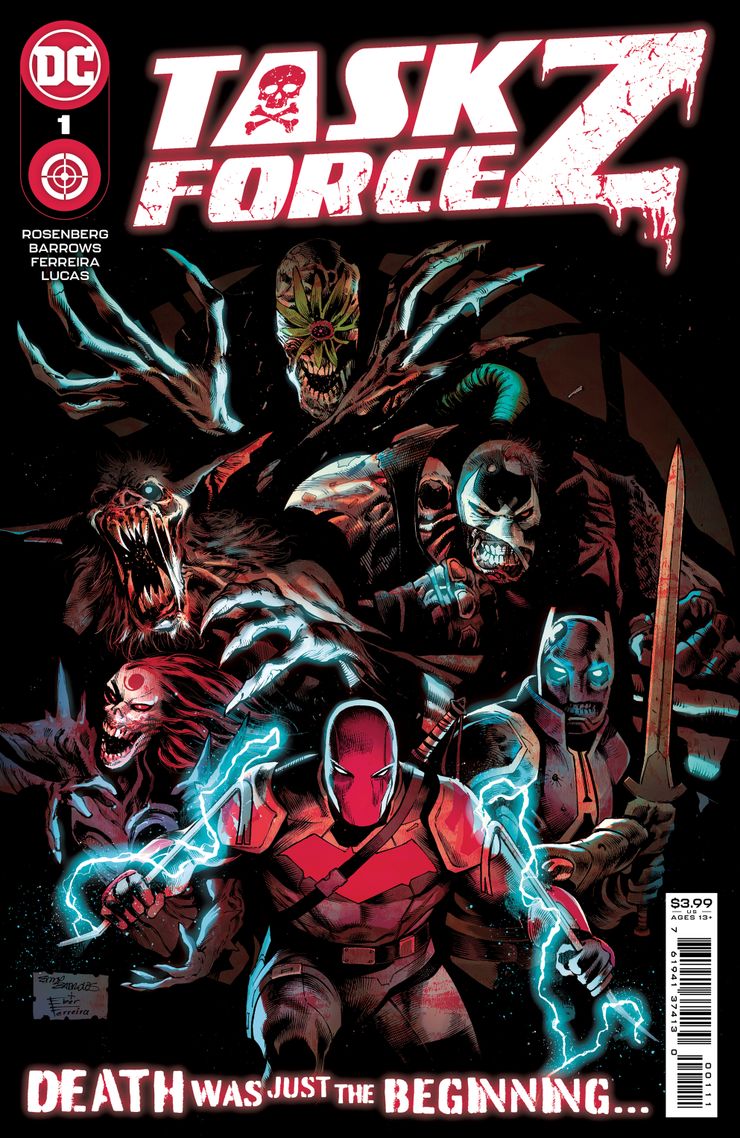