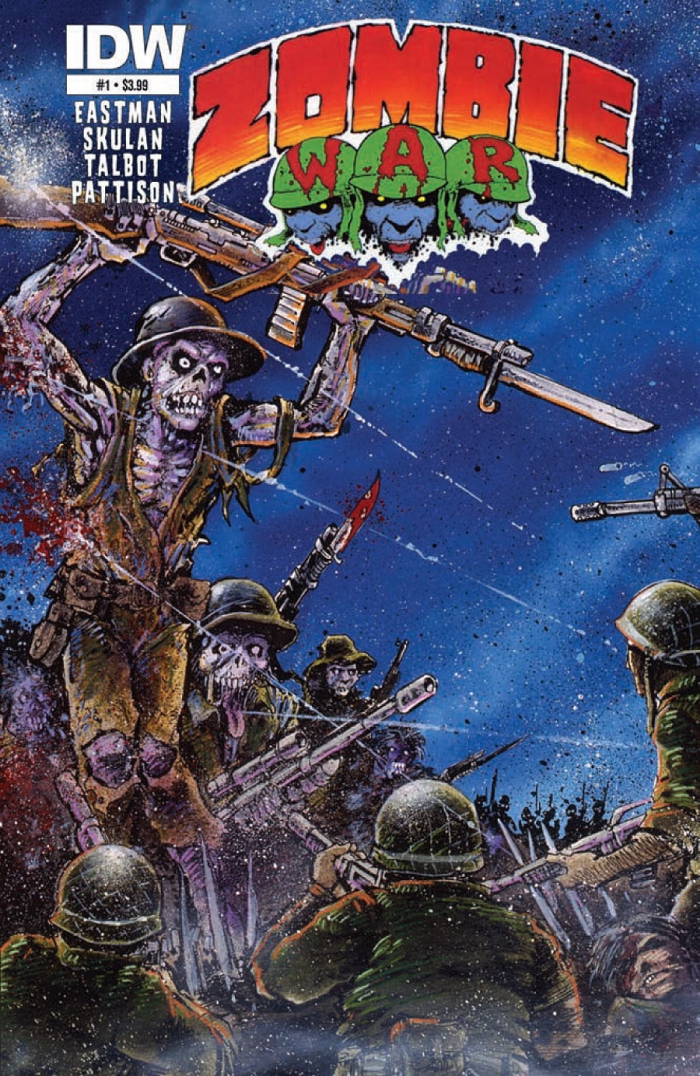 IDW Publishing has provided us a preview of the new Zombie War comic.

When the denizens of Earth’s military cemeteries begin to rise from the dead, who will stop them? Over ZOMBIE WAR’s two giant-sized issues, Jina, a tough-as-nails fighter pilot sets about uncovering what reanimated these heavily armed monsters and more importantly, what will stop them?! Featuring scripts and layouts by TMNT co-creator Kevin Eastman and art by Eric Talbot (Heavy Metal), this new incarnation will present ZOMBIE WAR in full color for the first time, courtesy of TMNT colorist Ronda Pattison!