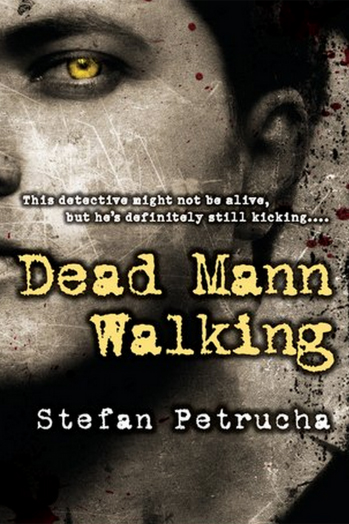 CBS is adapting the zombie thriller from Stefan Petrucha ‘Dead Mann Walking.’   CBS is teaming up with ‘Continnum’ creator Simon Barry for the TV adaptation.  The story takes place in the near future and is centered on a police detective who is executed for the murder of his wife and takes a miracle drug that brings him back to life as a “second-class citizen”.  He searches for his wife’s real killer while working as a private investigator.

Barry is penning the script and executive producing the series with Stephen Hegyes (Reality Distortion Field).  CBS has not explicitly said that the “second-class citizens” are zombies, however the book describes it’s main character, Hessius Mann as being part of the “pulse-challenged population” of the town and finds that a few zombies have been cut to pieces while he is working a missing persons case.

The adaptation comes after The CW’s critical success with it’s comic book adaptation ‘iZombie,’ along with the continued success of AMC’s ‘The Walking Dead.’