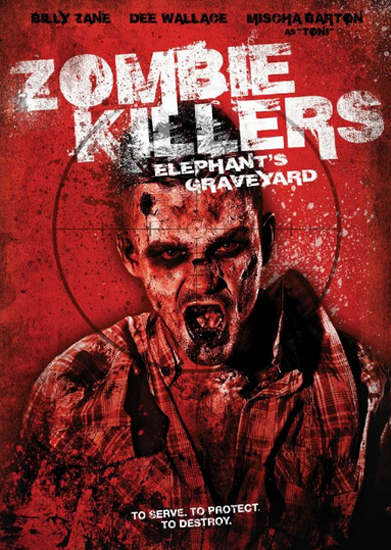 Synopsis: A young militia is all that stands between a coming dead horde and their rural town decimated by the fracking industry.

The story centers around a group of militia fighting zombies in a post apocalyptic world. The elder Seiler leads the zombie killers, comprised of practiced young people, including Ian Sommers, who is taking care of his dying mother, while fighting alongside the zombie killers and dating Nikki Slater. The townsfolk are led by a man called “Doc” who evicts those who are infected. The most interesting thing about the story for me was the source of the infection and the tie into fracking. The animals are also infected and feeding on humans. However the result ends up feeling like a Syfy original.

The film attempts to build drama, and is clearly inspired by ‘The Walking Dead’. However, despite it’s efforts, the film lacks in bringing any kind of real tension, until maybe when the horde is coming towards the end of the film. My main issue with it was the lack of atmosphere. The straight forward film style was too much so. The backing score doesn’t help either. The film isn’t gory by any means and you don’t really see a whole lot of the zombies until the end, and even then there is little gore.

Although the film is well intentioned, it misses it’s mark. The best acting is of course by Billy Zane and Dee Wallace. Zane gives a strong performance as Seiler, the head of the zombie killers, and Wallace is excellent as Ian’s dying mother Sharon Sommers. Felissa Rose is also great as fanatical religious leader Lia, and Mischa Barton gives a sympathetic performance as pregnant Toni. Fans of of Zane, Wallace and Rose might want to check out the film for their performances alone. However, those looking for a gory zombie film wont’ find it here.