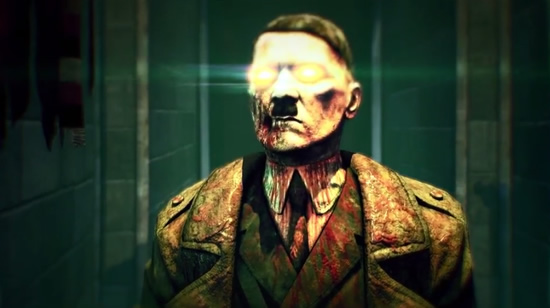 ‘Zombie Army Trilogy’ Coming Soon to PC, Xbox One and PS4 – Trailer Inside

Berlin is burning and Adolf Hitler has risen from his grave to gather an army of Undead Super Soldiers who are poised to spill blood and guts across Europe. Only one thing stands in their way – you, and the fleshy sacks bristling with guns and explosives you call your best friends.

Zombie Army Trilogy, rising early 2015, gives Xbox One and PlayStation 4 gamers their first chance to experience the blood-pumping co-op shooter series that became a cult sensation on PC. Former enemies become allies as the living fight against the dead.

Zombie Army Trilogy will be self-published by Rebellion on all formats and will be available for download via Xbox Live, the Playstation Network and Steam for PC. A retail version will also be available.

As a thank you to the fans that made the series a cult hit, Rebellion are also offering an exclusive loyalty discount to owners of the first two Nazi Zombie Army games via Steam before launch.