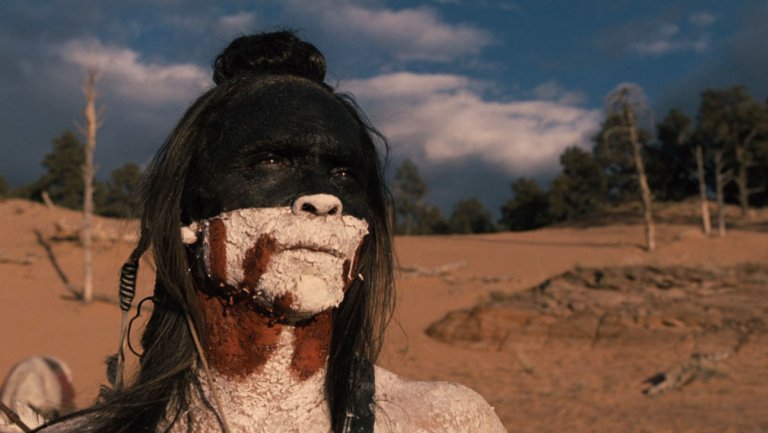 Following yesterday’s update on the upcoming Stephen King adaptation, Variety has a report that Zahn McClarnon (Westworld) is set to play the villain called Crow Daddy in Doctor Sleep.

Joining Ewan McGregor and Rebecca Ferguson in Warner Bros.’ adaptation of the sequel novel, McClarnon’s role is one of the story’s main antagonists who is part of the evil group, The True Knot.

As a group of nomad psychics, The True Knot members feed off the life force of children who, like Danny Torrence, are spiritually gifted. This life force to them is called “steam” which, when consumed, keeps the group young and gives them long life beyond natural limits. However, members of this group can be killed. Due to their extended age, none of them have properly developed immunity to modern diseases. For example, when a member fed off of a boy who had the measles, he contracted the illness and died shortly thereafter. When a member dies their physical body fades and all that remains are the clothes they were wearing.

Ferguson plays Rose the Hat, the group’s leader. Crow Daddy, who McClarnon is set to portray, is the right-hand man of Rose, opposite of McGregor who will play the adult version of Torrence.

The story of the sequel begins as an adult Torrence goes through life carrying the trauma he endured at the Overlook Hotel as a child. Becoming a reflection of his alcoholic and murderous father, Torrence copes with his pain and “shining” ability by drinking the sorrows away. Later, his abilities return when he becomes sober and wields his gift at a hospice to help patients who are dying. After establishing a psychic connection with a young girl who shares his extreme abilities, they become targeted by The True Knot. For them, they’ve found that their powers multiply if they inhale the “steam” that comes off similar people who have the power to “shine,” when they’re dying painfully.

Coming off his breakout role as Akecheta, the Native American host in HBO’s WW, McClarnon has been on the radar of several executives following the show’s latest season finale.

Check back for more soon on Doctor Sleep!