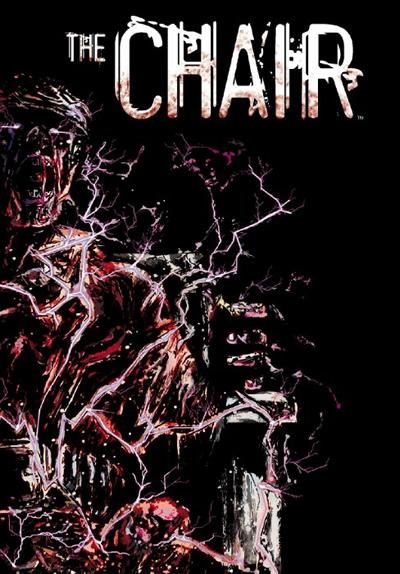 More fan favorite actors have been attached to “The Chair” based on the Alterna Comics graphic novel of the same name.

Zach Galligan (Gremlins, Hatchet 3) and Kyle Hester (The Book of Daniel, Burden of Freedom) have been cast as prison guards Riley and Bowen, respectively.  Ezra Buzzington (Crossbones, The Prestige), rumored before to play the part of the insane and rambling inmate, Tudley, has also been attached to the cast.  And rounding out these latest additions, Kin Shriner (the voice of Green Arrow in the Justice League animated series) has been cast as Officer Oliver, the officer that arrests main character Richard Sullivan.

Producer, co-writer, and creator of the graphic novel, Peter Simeti informs us that the rest of the main cast, including the pivotal role of main character Richard Sullivan, is very close to being finalized.

A Kickstarter to raise $300K for the film’s budget has been planned for release in mid-May.

Rewards will include props, wardrobe, books, posters, copies of the film – all signed by the cast and crew – set-used and signed chairs from “The Chair”, and even several roles in the film as an extra on camera during the scene where Richard Sullivan gets arrested.

Topping off all of this news, a teaser trailer has been planned for release in the next few weeks that Simeti assures will be, “Bone-chilling, terrifying, powerful and absolutely awesome. If the teaser trailer doesn’t let you know what you’ll be in store for, then nothing else will.  We are making a horror film that has as much ‘brains’ in it as it does ‘guts’.”