Swamp Thing–The Protector of the Green–is coming to life in a whole new way, thanks to a striking two-foot-tall statue from XM Studios.

The Swamp Thing character–a longtime horror comic book staple who also has appeared on the big and small screens–is now the latest DC Comics statue from XM Studios, as reported by xm-studios.com. Check out the murky man-monster in all his “statuesque” glory in the photos on this page.

The statue, as explained, comes in 1/4 scale (approximately 24 inches tall) and is displayed in his swampy habitat as he summons powerful vines around his legs. Two different head sculptures are included–one is his traditional smooth head and the other sports the long green hair seen in the pages of Justice League Dark.

The impressive statue–which is expected to be ready for shipping in the U.S. soon–can be pre-ordered from XM Studios. But beware: This Swamp Thing carries a hefty price tag of $979.

The sculpture–crafted in cold-cast porcelain and painted by hand–was created by Riccardo Federici, Marthin Agusta Simny and the XM Studios design and development team.

Swamp Thing–created by the celebrated writer/artist team of Len Wein and Bernie Wrightson–first shambled through the four-color world 50 years ago in House of Secrets No. 92 (July 1971) and earned his own title the following year. The character became a fan-favorite in the 1980s, garnering numerous industry awards along the way.

Keep reading Horror News Network for the latest on the arcane adventures of Swamp Thing. 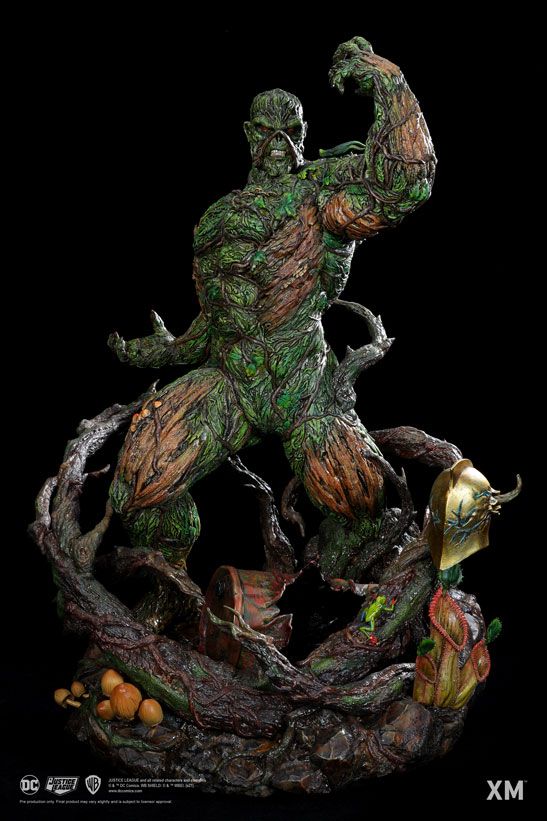 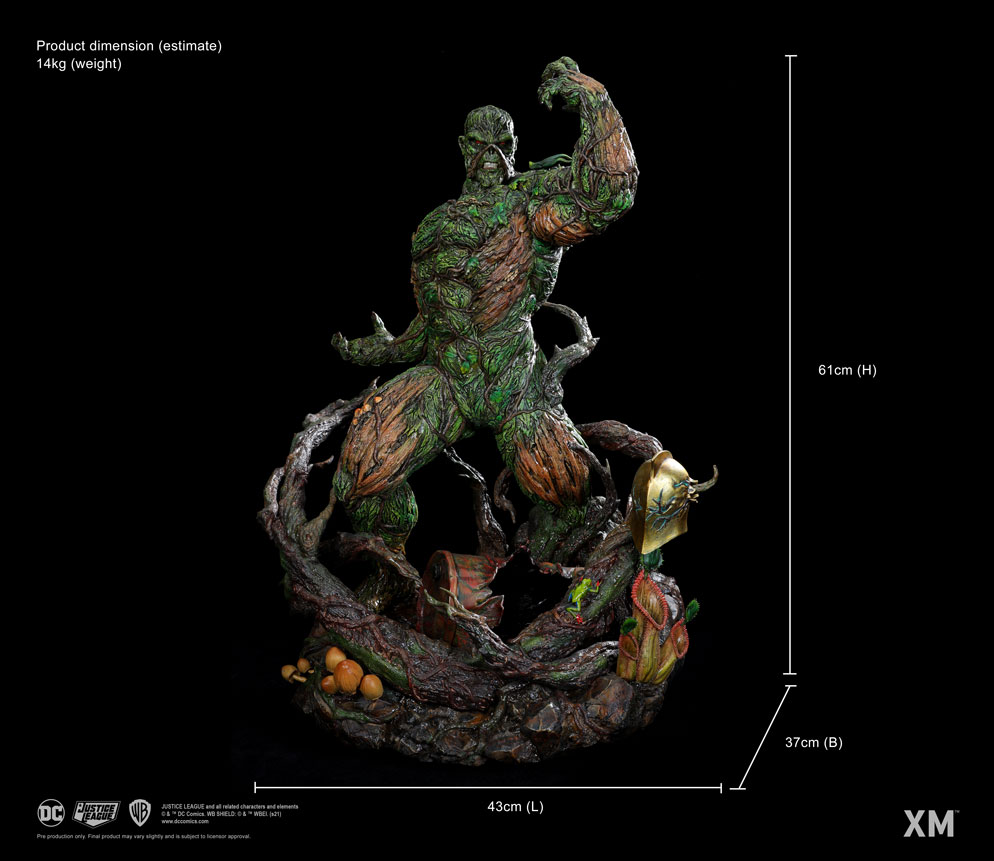 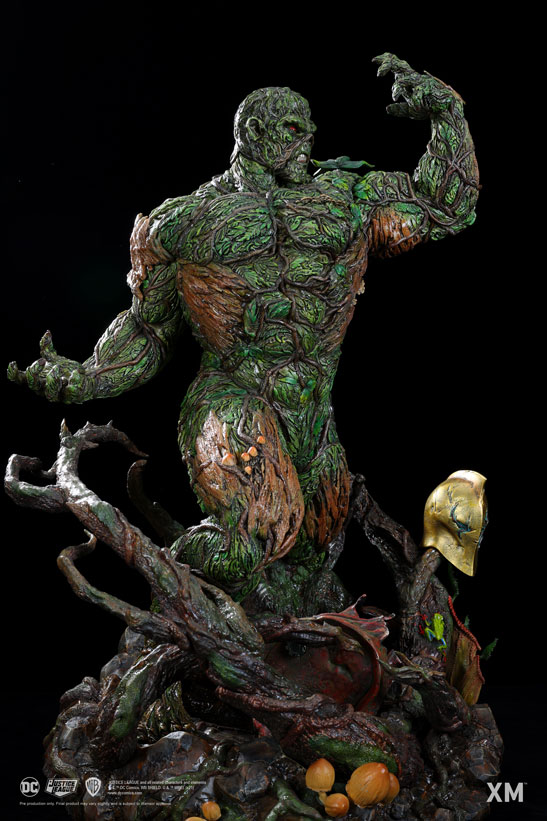 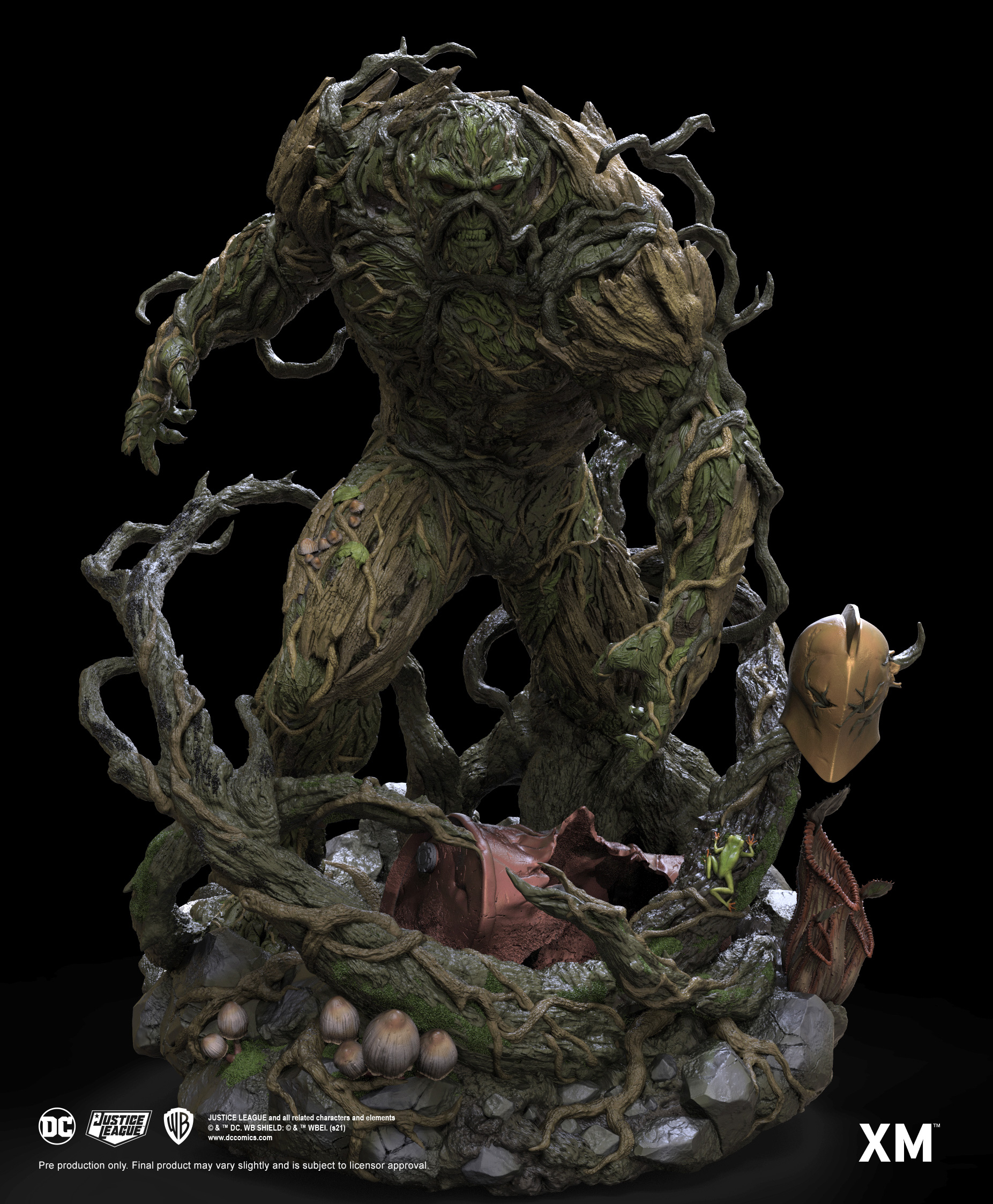