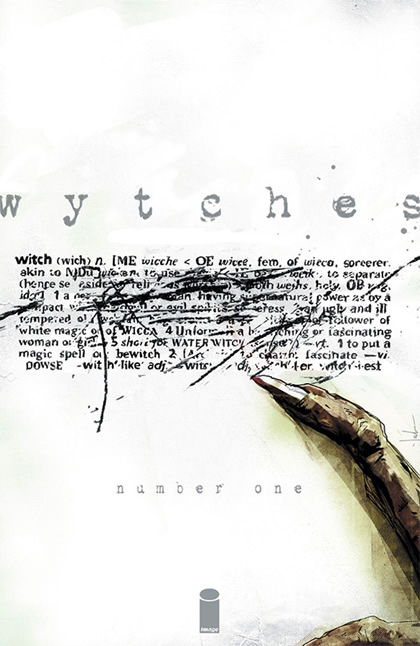 Synopsis: Across the globe, century after century, men and women were burned, drowned, hanged, tortured, imprisoned, persecuted, and murdered for witchcraft. None of them were witches. They died protecting a terrible and hidden truth: witches, real witches, are out there. They are ancient, elusive, and deadly creatures that are rarely seen and even more rarely survived.

Our Thoughts: Scott Snyder has been very busy as of late. Not only is he writing “Batman”, he is also still going strong with “American Vampire.”  When the solicitations for “Wytches” were released expectations were very high for this horror series. The accomplished writer did not disappoint as we were treated to intense moments and scares throughout the debut issue.

Snyder is joined by veteran artist, Jock on this book. He delivers in a big way as we are treated to menacing characters and acts of horror throughout the book. The artist really excels when it comes to focusing in on key character expressions.

In addition to the writer/artist combo, the colors and letters also added a great deal to the issue.  The color tones were especially wicked when things were taking place in the woods.

Wytches #1 was a great debut from Image Comics and the ending of the book will have you eagerly awaiting issue 2. Be sure to pick up Wytches as it may be one of the next big horror comics.