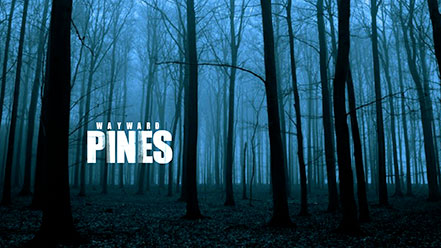 Attendees of the “Wayward Pines” panel at WonderCon on Friday were treated to a full screening of the first episode. There has been quite a bit of buzz about this show because it is the first time M. Night Shyamalan has been attached to a television product. While many are quick to think of Shyamalan as the director “with a twist,” he also has a moody, nearly claustrophobic style that adds a layer of tension that other creators may not be able to achieve. This style is definitely in effect in this premiere episode. Matt Dillon’s character is stuck in Wayward Pines and will have to solve the mystery of what is happening there, including why he is there, to get out. Based on this first episode, it seems that time and dates will be a big factor and something for fans to keep track of.

While the premiere sets up many questions to be answered, the Q&A that followed had executive producer Donald De Line and cast members Tim Griffin and Reed Diamond letting the fans know that big reveals will start in the fifth episode and continue until the final, tenth episode.  The show is set to begin in May on FOX and could potentially be the next show that draws everyone to the water cooler. Shyamalan’s interest in this project was apparently peaked because he couldn’t guess the ending of the book. High praise from the master of the rope-a-dope endings.

WonderCon Synopsis: Based on Blake Crouch’s international bestselling series of books and brought to life by suspenseful storyteller M. Night Shyamalan, Wayward Pines is a 10-episode, intense psychological thriller, starring Academy Award nominee Matt Dillon as a secret service agent on a mission to find two missing federal agents in the bucolic town of Wayward Pines, ID. Every step closer to the truth makes him question if he will ever get out of Wayward Pines alive. The show was developed for television by Chad Hodge and executive-produced by Donald De Line, Ashwin Rajan, Hodge, and Shyamalan. Chad Hodge wrote and M. Night Shyamalan directed the premiere episode. An insightful Q&A will follow the screening.