As part of the spotlight this month on women in horror, Horror News Network had the honor of interviewing Alma Katsu, author of the horror novels: The Deep, The Hunger, and the soon to be released Red Widow.

Horror News Network: When did you realize you wanted to be a writer?

Alma Katsu: I was probably nine or ten. Before I was old enough to know what hard work it is! I was a heavy-duty reader from a young age, as are most writers, and it seemed like the only thing worth doing. I didn’t even consider doing anything else. I became a stringer for the local paper while I was still in high school and wrote for Boston-area newspapers and fanzines while I was in college. It wasn’t until I started working in intelligence at age 23 that I stopped writing and didn’t return to fiction until I was 40.

Horror News Network: Your books span genres from horror to suspense to historical fiction and combine them all together with supernatural elements. How do you manage to fuse all these elements together to create these vivid, suspenseful worlds that we, as readers, find it so easy to get lost in?

Alma Katsu: I’m not sure myself. Someone recently said they’re like magic tricks and I’m pretty proud of that. I suppose it works because the parts that are true—history, setting, the characters’ psychological make-up—are so clearly fact-based that they lend credence to the made-up parts and persuade the reader to suspend disbelief for a little while.

Horror News Network: You’re now venturing into the world of spy thrillers with Red Widow. Do you think this is something that you’ll continue with?

Alma Katsu: I hope so! I’ve wanted to write a spy novel for a long time and am so grateful that Putnam, my publisher, has given me this opportunity. Like many intelligence professionals, I was not happy with a lot of popular spy books and I always thought I could do better. I wanted to tell a story that was closer to what it’s like in real life, and show that it can be just as compelling as the unrealistic, over-the-top ones. I also wanted to tell the story from the perspective of women in the job, as it is somewhat different from the male perspective but no less exciting or engaging.

Horror News Network: Your press release stated that you worked as an analyst for the CIA, NSA, and RAND and that you continue to work as an independent consultant and technology futurist. How do you think this has impacted or influenced your writing, especially with Red Widow?  Do you think it has influenced any of your other writing?

Alma Katsu: Funny true story: early in my writing career, an editor told me that my characters were all so devious and manipulative—and she then asked if my time in the Intelligence Community had anything to do with it! I was shocked; I mean, that first book, The Taker, had nothing to do with the spying, it was a supernatural love story! After some reflection, however, I realized she had nailed it: the world of intelligence is a place of smoke and mirrors, filled with some snaky characters—and this was where I’d spent most of my adult life. Whether I’d realized it or not, it not only had seeped into my writing but into my brain as well.

Horror News Network: Your new book Red Widow is a spy thriller, according to the press release. It is a little different from the literary horror that your fans are used to. What do you think horror fans can take away from this book?

Alma Katsu: Bad, bad things happen in Red Widow, but are they bad enough to qualify as horror? The main similarity will be in the characters: we go deep in their heads, see the evil as well as the good that exists in each one. There’s a fun villain, Dmitri Tarasenko, who reminds me a little of the antagonist in the Taker Trilogy, Adair. They’re both a little charming, so they can be disarming, make you forget that they are absolutely deadly.

Horror News Network: What obstacles do you think women who write horror fiction (and any other genre of fiction) face? How do you think they can overcome them?

Alma Katsu: I hope that’s changing. The past year has certainly felt like a break-out year for women in horror, that there’s been an acceptance of the fact that you can have all these different flavors of horror and they’re all acceptable and can co-exist beside each other. It will be interesting to see what I run up against in spy fiction, which seems more male-dominated. Will a book that’s a little bit different be able to find a place? I want to be optimistic. I’ve been spoiled by the openness and generosity of the horror community.

Horror News Network: What is one of the most surprising things you’ve learned through creating and bringing to life your books?

Alma Katsu: How relevant the historical horror stories are to the present day. Take The Hunger. I’m regularly asked why we continue to be fascinated with the Donner Party. The answer isn’t merely because it was a huge tragedy or due to our morbid curiosity, but because the driving factors behind it are still with us today: class division, greed, hubris that overrides common sense and selfishly puts others at risk. They’re timeless stories because we still live with the problems that caused the tragedies in the first place.

Horror News Network: Are you working on anything new? What can fans of your work expect to see in the future?

Alma Katsu: The next historical horror is The Fervor, which takes place during World War II and has to do with fu-go, the Japanese fire balloons that briefly terrorized the western U.S. As always seems to happen with these novels, there’s been a natural confluence with issues of today, namely the pandemic, which has caused a lot of fear and panic, as well as the deep divisiveness that’s splitting the country in two. Also, I have family who were interned during the war, so it’s been an interesting and somewhat emotional experience writing about this period.

Horror News Network: Do you have any advice for any aspiring writers out there?

Alma Katsu: Just the normal stuff. Read widely, both in your genre and outside of it. Write as much as you can. Maybe don’t fixate on one book if you’ve gotten bogged down in it; try working on something new and come back to it later. And if you don’t have a dog already, consider getting one: those walks are great for mulling plot problems.

Horror News Network: Thank you for being generous with your time and answering these questions for me. I really appreciate it. 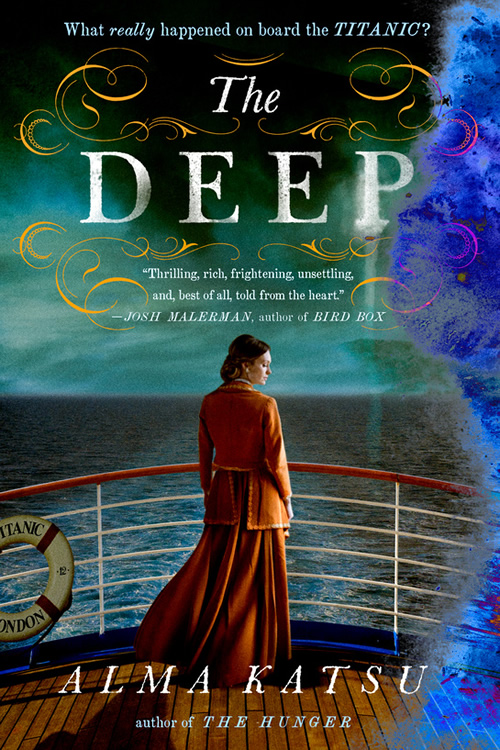 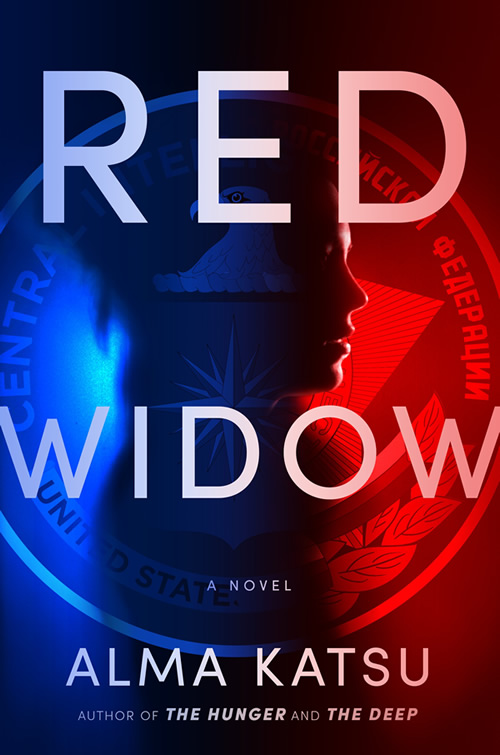 Horror News Network: If you’d like to learn more about Alma Katsu’s work, or keep up with what’s new, visit her website at https://www.almakatsubooks.com  or her social media outlets at https://www.facebook.com/AlmaKatsuBooks/ and https://twitter.com/almakatsu?lang=en.