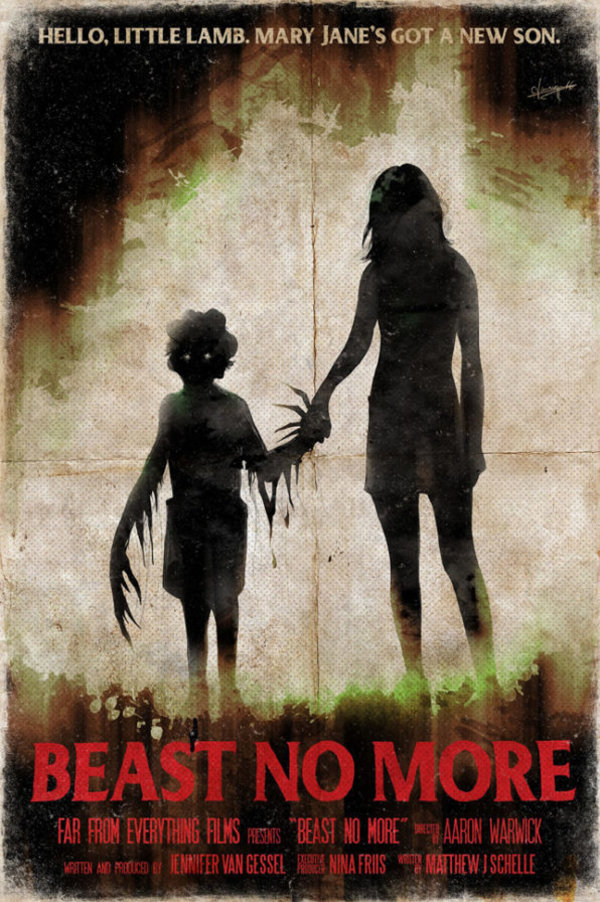 February is Women in Horror Month! As part of the Horror News Network spotlight on women this month we have talked to Jennifer Van Gessel about her experience as a woman creator in the world of horror. Jennifer is writing the film “Beast No More” due for release in 2017 and the one-shot comic prequel “Beast No More: Metamorphosis” as well as “Unleash” for Amigo Comics. She is also working on the “Nancy in Hell” television pilot. This busy lady told us about her experience as a female creator and offered some insights into her creative process.

Jennifer Van Gessel: Yeah, pretty much. Even as a kid I always liked watching things or reading things that scared me. A friend’s dad used to let us watch R-rated horror films from quite a young age and I just came to love them.

Stephanie Shamblin Gray: What inspired you to become a creator of horror?

Jennifer Van Gessel: I’ve just always enjoyed the darker stories, not sure why. I think when writing I like to try and get in the head of someone that is completely different to myself. Or someone who has gone through something completely different. A lot of it probably comes from wanting to understand things like how someone could kill or hurt someone else. Most of my inspiration as a writer has come from watching and reading horror stories. They say write what you know; I think to me that means not what you know personally but rather the genre you’re most familiar with.

Stephanie Shamblin Gray: Of all the horror mediums, women are probably the least represented in comics. Why do you think that is and what has your experience been like in comics?

Jennifer Van Gessel: It’s probably the same as with everything; it’s a male-dominated industry. A lot of women do read comics these days though, so more women need to create content and then there will be more decent stories about women. They do need to be given that opportunity though and sometimes it’s hard. My experience has been good, I’ve had lots of encouragement from the guys around me.

Jennifer Van Gessel: Comics are cheaper to make *laughs*. You don’t have to limit the story to a budget which is awesome. You do have to compress the story a lot in comics though, compared with a feature film script. It’s a good lesson in story-telling because you have to figure out the most essential parts and leave everything else out.

Jennifer Van Gessel: I do like all but for me nothing beats watching a good horror film. Some of my favorite times have simply involved sitting around in the dark watching horror movies with friends.

Stephanie Shamblin Gray: Thank you so much for your time, Jennifer!