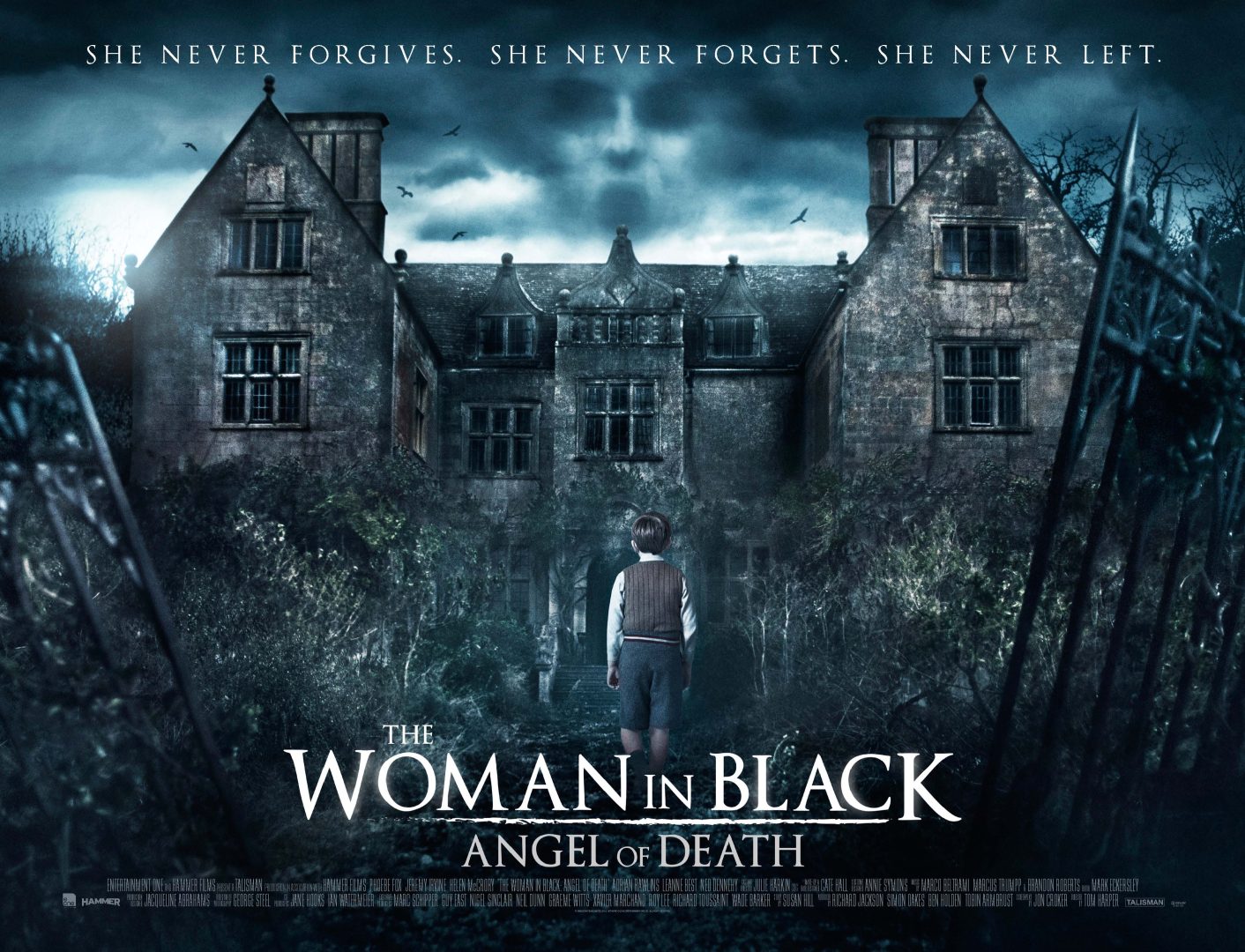 Most people have a soft spot in their hearts for something.  For some, it is tiny kittens.  For others, puppy dog eyes.  For me, it is the release of a Hammer Films production.  The rebooted version of the legendary British horror company’s latest release is “he Woman in Black 2:  Angel of Death

Set 40 years after the events of The Woman in Black, the story involves a group of orphans, made so as a result of the German bombing raids in 1944.  The children are taken to the perceived safety of the English countryside to Eel Marsh House, the setting of the first film.  School teacher Eve Parkins (Phoebe Fox) and headmistress Jean Hogg (Helen McCrory) are charged with the overall well-being of the orphans.  It does not take long for the vengeful spirit of the Woman in Black to start terrorizing the group while focusing her attention on one child in particular, Edward.

True to classic Hammer form, director Tom Harper creates an atmosphere of darkness and dread. Unfortunately, the weak script allows for little in the way of tension or fights.  The few scares are indeed handled well, particularly when the Woman in Black looms in the background –out of the sight of a victim, but not out of our sight, the viewer.  The cast, specifically Fox, convey the source material well in an attempt to keep the audience engaged and caring about the characters.

Given his visual sense and apparent ability to get the most out of his actors, I would like to see Tom Harper take another crack at horror, hopefully supported by a better script.