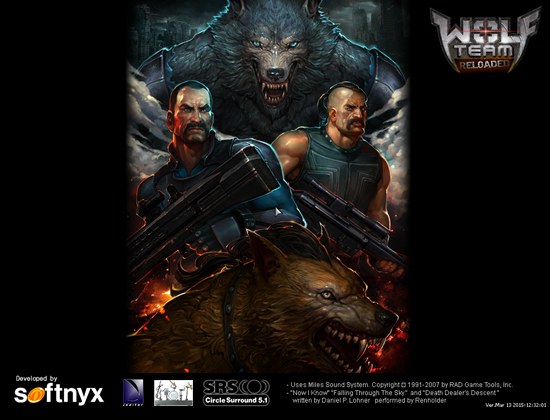 WolfTeam, the high-octane sci-fi MMOFPS from Aeria Games, has just relaunched as WolfTeam Reloaded. To celebrate, Aeria Games is giving away special in-game items and holding weekly Playtime events to reward players with awesome gear. As part of the relaunch, WolfTeam’s servers have been updated and merged so that players will have an easier time finding matches, engaging in events, and putting their clans to the test with more competitive gameplay than ever before. A brand new competitive event system is waiting for players and their clans.

WolfTeam Reloaded is a unique, futuristic, free-to-play first-person shooter in which players have the ability to transform between Humans and Werewolves. Humans have a vast assortment of weapons at their disposal, giving them an advantage at a distance. Wolves have limited ranged attacks but are much faster, stronger, and more resilient than their human counterparts.

Players can look forward to entering battle with new, free permanent items including B Parts Armor Sets for the Duane Eddy and William Kroll characters and a SZ-550 Wolf Rifle, as well as two limited-time items – Magnum G Pistol and Dragon Axe melee weapon – all in conjunction with the game’s relaunch. In addition, weekly in-game events will reward players with powerful equipment, fan-favorite characters, and a variety of weapons and armor.