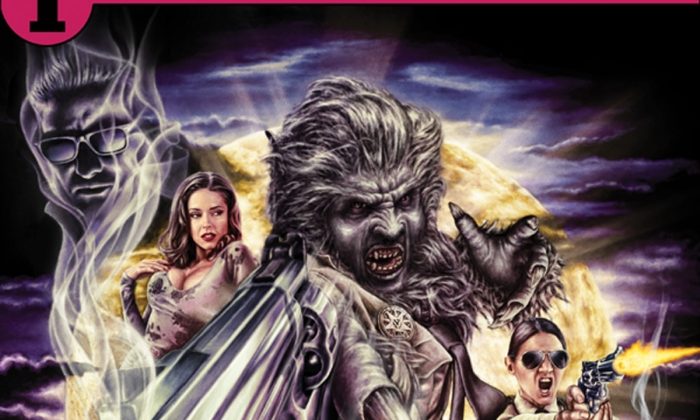 The Canadian horror comedy WolfCop follows the exploits of a small town cop with a big time secret: He’s a werewolf! Now, Dynamite Entertainment will have everyone’s favorite alcoholic, lycanthropic lawman tearing out of the big screen and into the comic shop with an all-new series! Written by Max Marks with art by Arcana Studios, the WolfCop comic book series will pit Lou Garou against bigger, badder, and meaner monsters than anything that has threatened Woodhaven before!

Ever since hard-drinking local Woodhaven police officer Lou Garou had a late-night bender and stumbled onto dark magic, his life has been turned upside down. Now he moonlights as WolfCop, a rage-fueled, bourbon-swilling, magnum-toting, rabid warrior for justice!

“From the moment I created WolfCop, I saw him as a larger-than-life character that could exist in many formats,” says Lowell Dean, writer and director of WolfCop. “To date we’ve made two WolfCop movies – and I couldn’t be happier that we’re now bringing him into the world of actual comics! In comic form WolfCop will be truly unleashed, no longer constrained by the budget of an independent film. More explosions! More monsters! More road trips! I’m so excited to bring Lou Garou and friends into this new realm with Dynamite. The WolfCop adventure is truly just beginning…”

“Dynamite’s love of horror comedy can be traced back over ten years to the first comic we ever published,” says Dynamite CEO/Publisher Nick Barrucci. “When we saw WolfCop, we knew it would be perfect for comics! I think this badge-wielding beast will be right at home alongside Ashley ‘Ash’ Williams and our other tongue-in-cheek horror licenses!”

“The first time I read the script for WolfCop, I thought that this was a character that belonged in comics,” says Max Marks, writer of the upcoming WolfCop comic series. “He’s a wild, larger-than-life hero with the classic feel of the 80s but with enough of a modern edge. He’s a werewolf, sure, but he uses guns, and his strength comes from liquor. When you see this character, you just want to see what he’s going to do next… and what he’s going to fight next. Naturally, when I was approached to adapt WolfCop into comics, I knew the fans didn’t just want a screen-to-page adaptation. They wanted more WolfCop. More ass-kicking, more booze, more big guns, and bigger monsters. That’s what we’re delivering in this WolfCop comic book series, and I couldn’t be more excited to bring it to his fans.” 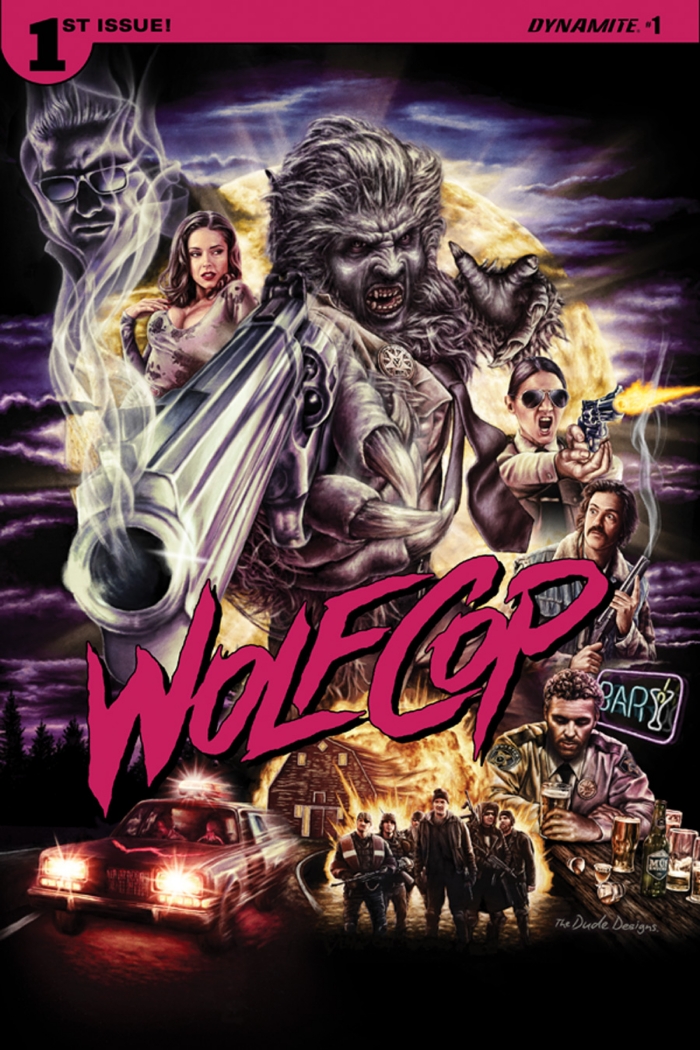 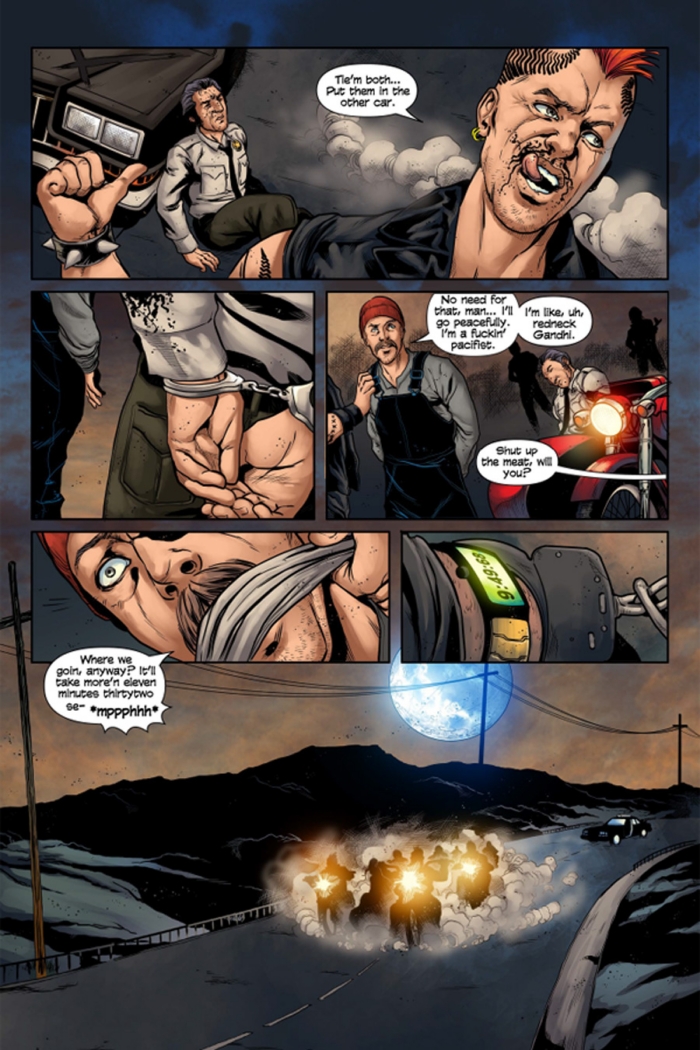 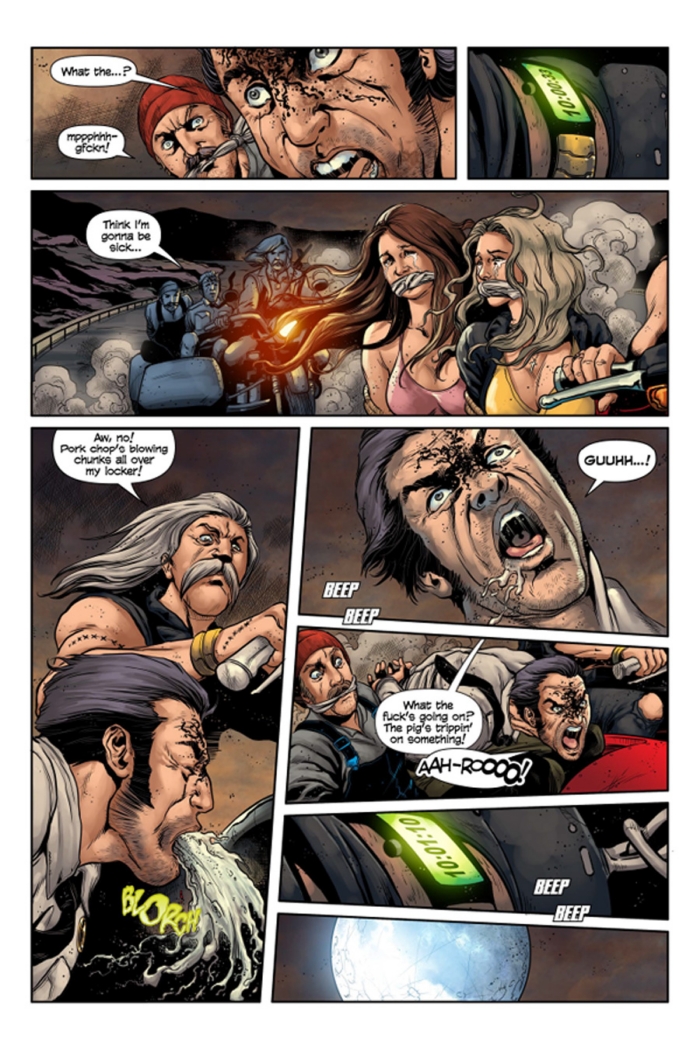 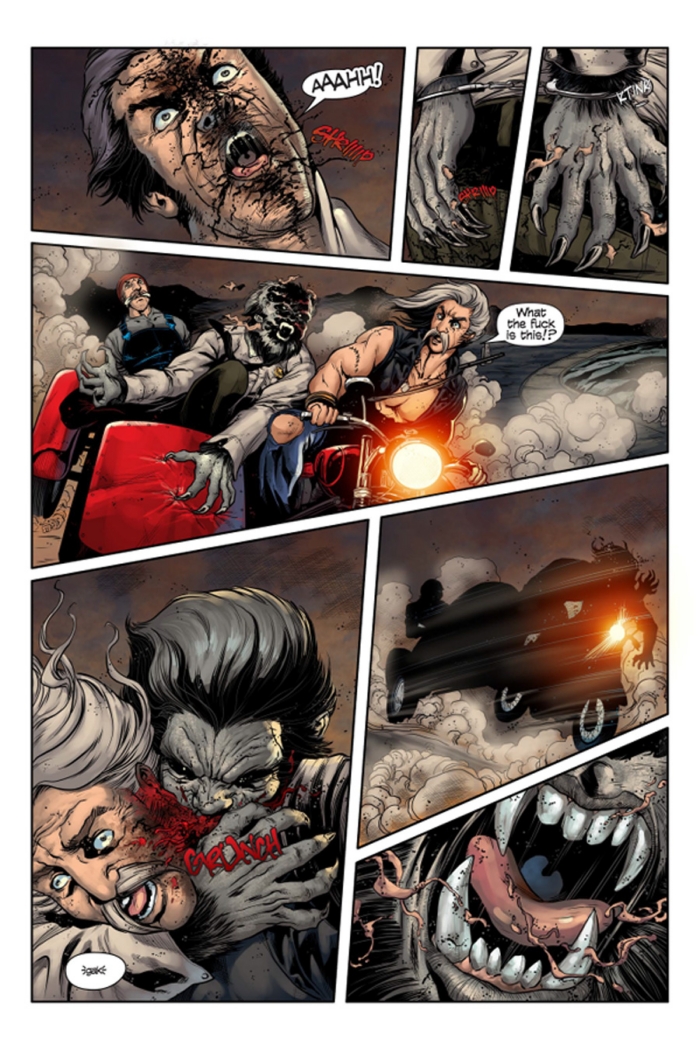 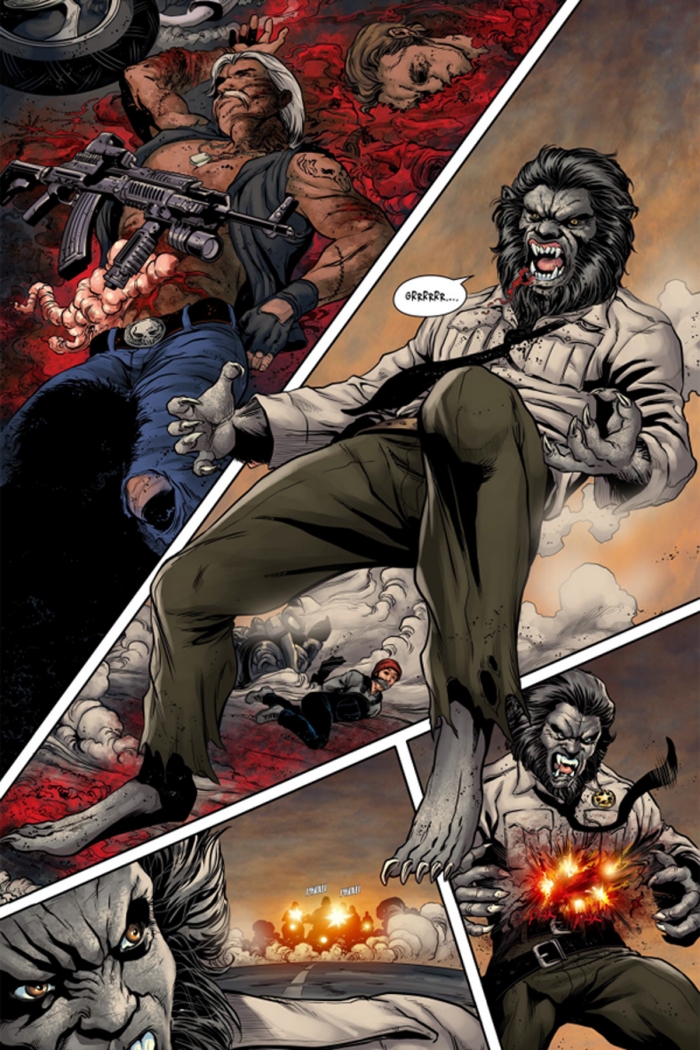 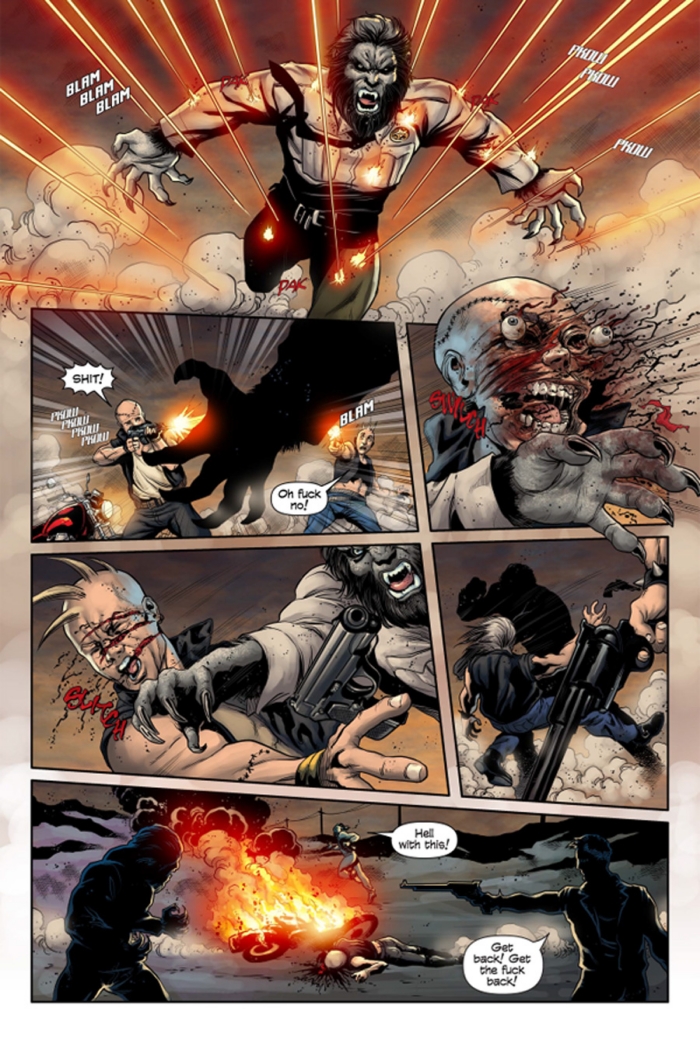 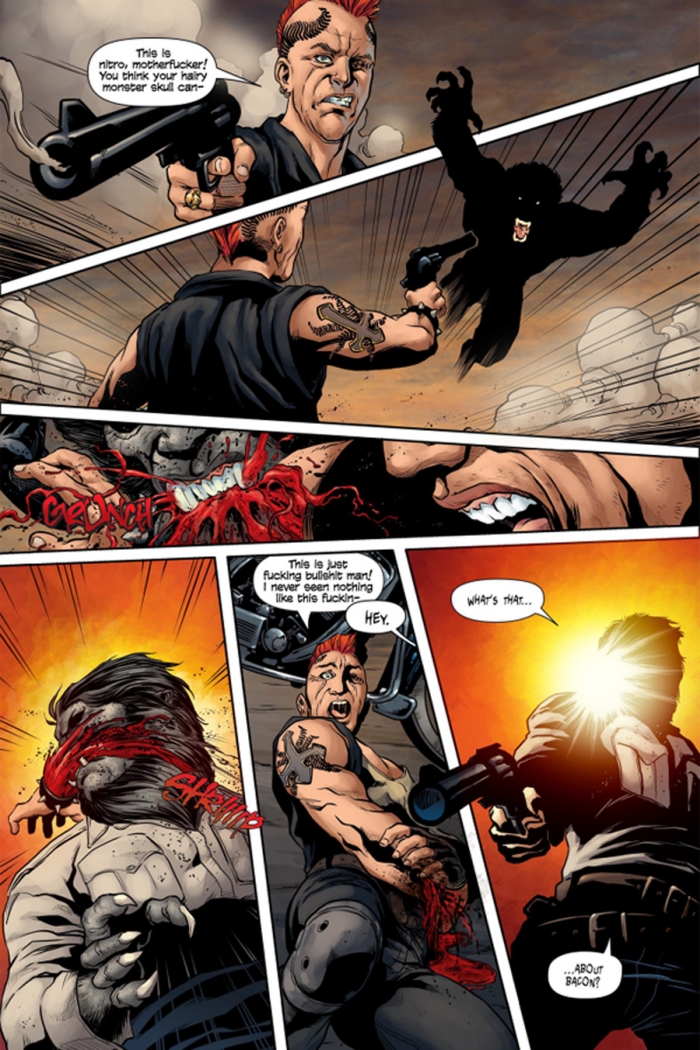 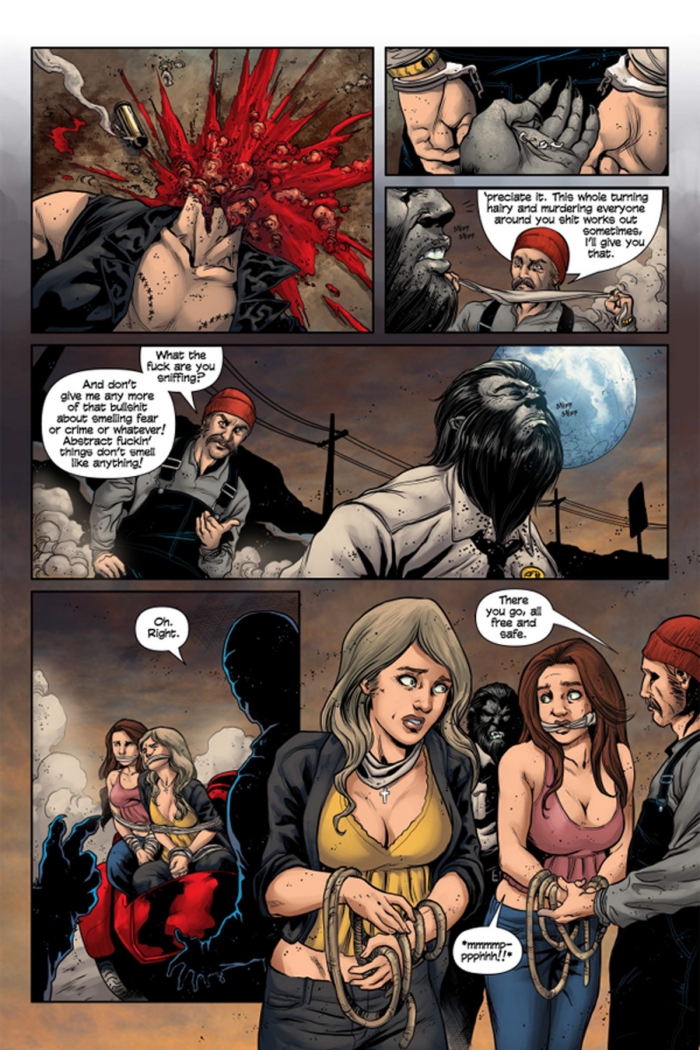