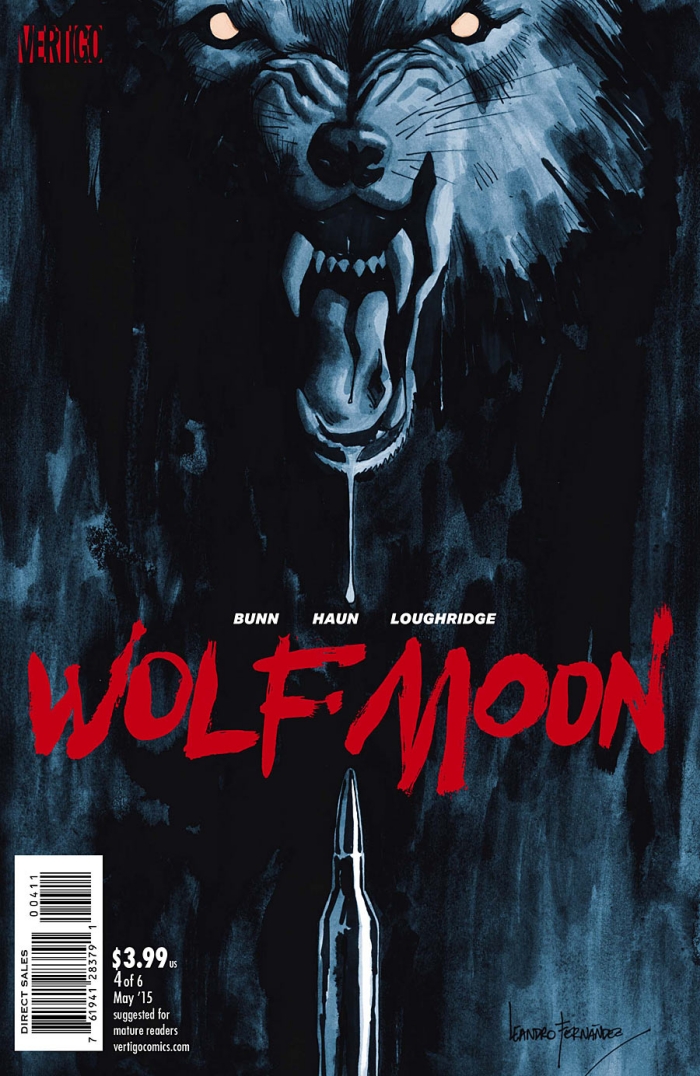 DC Comics has provided us a preview of the new Wolf Moon comic.

The brawl continues, and it appears Dillon has met his match…not in the Wolf, but in a tough-as-nails hunter who will stop at nothing to reach his goal.

As fur and .50 caliber rounds fly, Dillon must think fast and keep moving if he hopes to survive. If the Wolf doesn’t kill him, this other hunter surely will! Is the Wolf powerful enough to escape two hunters? Or does the creature have a mysterious guardian angel? The identity of the fiendish murderer who has been slaughtering the Wolf’s hosts is revealed.