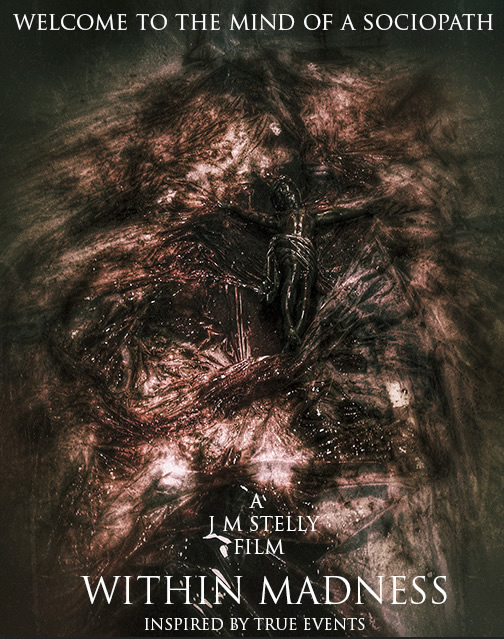 ‘Within Madness’ Coming to DVD/Blu-Ray on April 7th

From the director of We Knew Him Well and Conjure (DOWN) comes Within Madness, a film inspired by the video diaries of Ricardo Lopez.

Within Madness is the story of Donovan Summers (Matt Story), a fitness and gym instructor who is living a modest life in the suburbs of his community. Through his video diaries, Donovan tells his life story and gives a first hand account of his love for one of his clients, Brandy (Kaci Champion). As the diaries continue, Donovan becomes more obsessed with her. As his obsessions grow, Donovan starts a downward spiral into his own personal hell leaving him to face the madness within and the monster he has become.

Within Madness is the brain child of writer/director J. M. Stelly. Filmed over the past several years, Within Madness mixes the Found Footage genre with the abstract nature of an Art House Film. By using state of the art equipment and software, Stelly has been able to achieve the look of 16mm as opposed to the typical HD footage you find in today’s market place. The movie is a truly unique look at self destruction from the point of view of a sociopath.