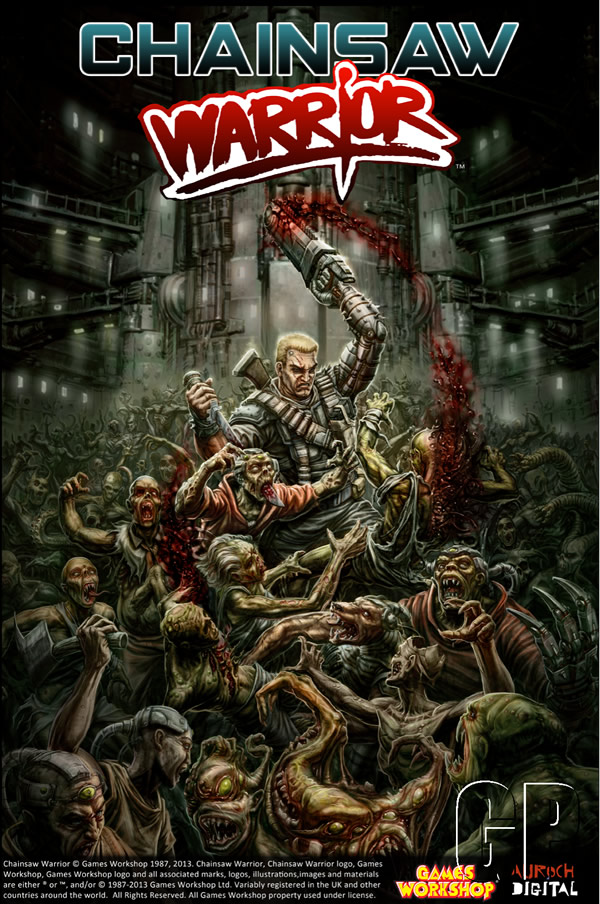 The developers of Games Workshop’s classic board game ‘Chainsaw Warrior’ for Steam, iOS and Android announced that they have a copy of the  rare original game plus the expansion cards from White Dwarf issue 88 up for grabs. The game was originally released in its physical form back in 1987 and is a classic piece of gaming history – a rare solo board game which pitted the player against the clock.

The digital version was released last year creating excitement and nostalgia with fans who fondly remembered playing it as well as converting new fans to the title. In ‘Chainsaw Warrior’ the player takes on the role of a cybernetic soldier as he attempts to save New York from dire peril – and in only 60 minutes. The original was noted for its challenging solo gameplay – an aspect that has been preserved in the digital version.

To win a copy of the game, players need to record a play session and submit a video link to the developers via gtn at aurochdigital dot com – the best submitted run-through of the game (on any platform) will win the prize. The developers will be marking on score, style and aggression as Auroch Digital’s Tomas Rawlings explains, “Chainsaw Warrior is a battle against the odds; not only is time against you but also hordes of zombies, mutants and others creatures – plus there are traps, radiation and poison to content with. We’d love to see your choice playthroughs showing how you defeat Darkness and if it’s the best of the best, we’ll be sending you a copy of the original game, a real collectors’ item!” Entries need to be submitted by 17th August to be considered.

To celebrate the competition, Chainsaw Warrior is on sale for a short period.