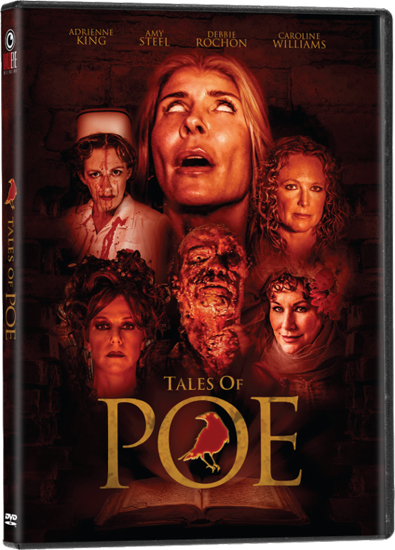 Wild Eye Releasing has announced that Tales of Poe, which features legendary horror scream queens, is coming to DVD on October 11. First premiering at Hollywood’s famous Egyptian Theater, the horror anthology has since garnered praise from critics. It has been hailed as “a worthy successor to the Roger Corman/ Vincent Price Poe films”  by San Francisco Weekly. The feature was co-directed by Bart Mastronardi and Alan Rowe Kelly.

The works of Edgar Allan Poe that are reimagined in the anthology include The Tell Tale Heart, The Cask of Amontillado, and Dreams. The DVD will include a behind the scenes featurette, deleted scenes, an interview with co-director Bart Mastronardi, trailers and more. Get your copy October 11 and stay tuned to Horror News Network for news about upcoming Wild Eye Releases.