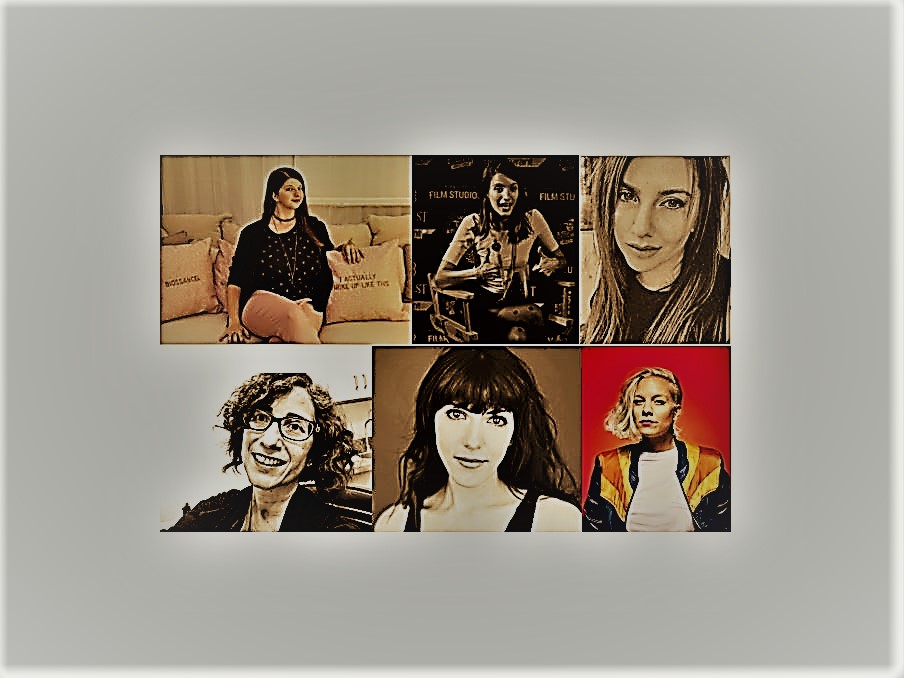 The Horrible Imaginings Film Festival (HIFF) has been a staple of the horror happenings in Southern California since 2009 and has screened over 750 genre films. Established in San Diego, it has more recently been held in an Orange County arthouse, The Frida Cinema, at least until the 2020 stay-at-home orders limited the ability to gather in person. Fortunately, HIFF has been able to flex into a virtual format to continue to bring horror to the fans and showcase new voices in horror. The mission of HIFF is “to spotlight genre cinema, amplify artistic voices, and foster a community of acceptance” and much of this effort helmed by a hard-working and diverse staff including the powerhouse women of HIFF.

We caught up with these amazing ladies and asked them all the following two questions:

1. Describe your role with Horrible Imaginings Film Festival; and,
2. What do you love about horror?

Read on to learn about what these women do for HIFF and some of their own horror projects. 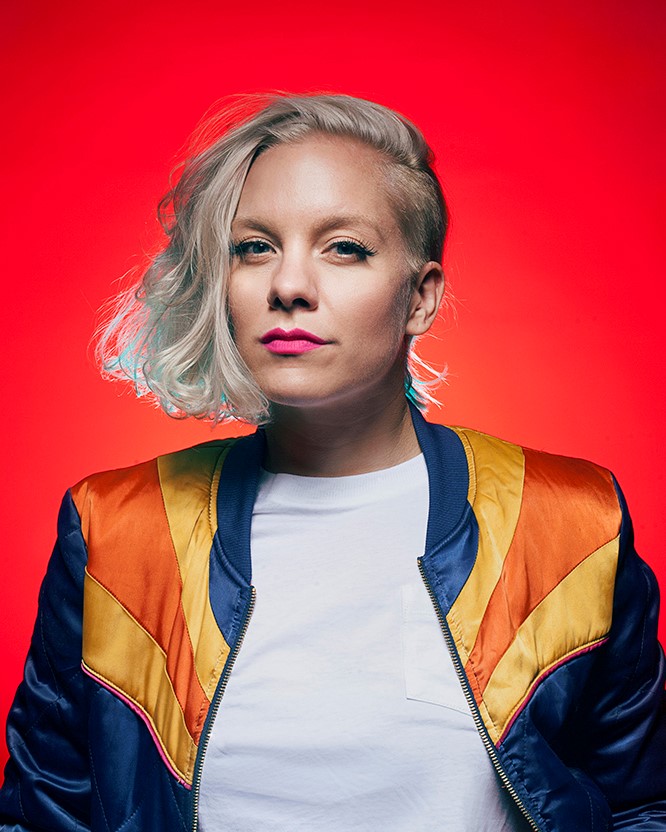 I’m a filmmaker and programmer for Horrible Imaginings Film Festival. Right now, I have a short film that’s making the festival rounds called WEIRDO, as well as numerous upcoming projects in development. For Horrible Imaginings Film Festival, my job is to watch films that come my way and help decide whether they will be moved forward to be considered for the final program. I get to watch countless different kinds of films over the course of the year which is a lot of work (that I love to do). It can be rewarding and heartbreaking in equal parts when the final program is decided. It’s a rollercoaster.

I find horror to be the most visceral, thrilling genre in so many mediums, especially film. I love that it can elicit a physical reaction: It can be terrifying, cathartic and even comforting. I think horror has a special place in my heart because of its ability to say something deeper about humanity while still keeping the blood pumping and the imagination sparked. It speaks to my spooky soul. 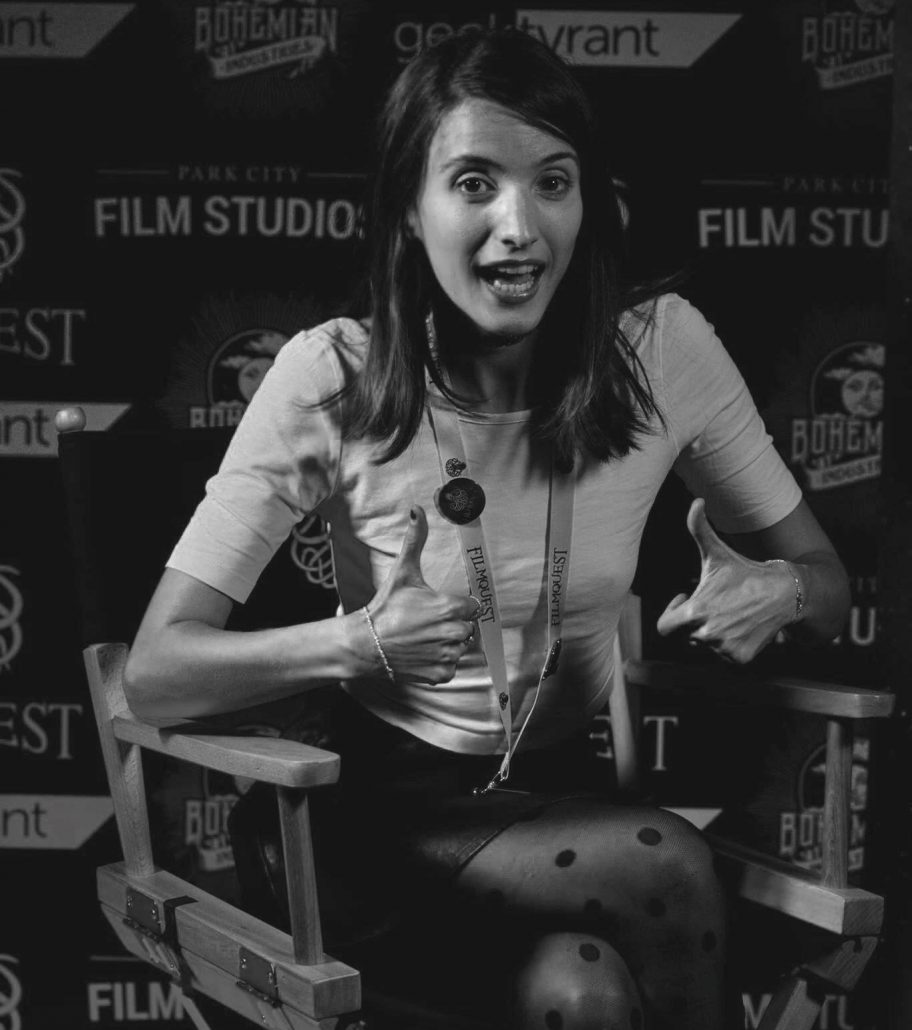 I am a film programmer at Horrible Imaginings. I watch submissions and write a small review about each film, along with a note of how I feel it would fit in our program. Throughout the year the team of programmers get together over Zoom with Miguel Rodriguez, the director, to exchange thoughts about the submissions that stuck out for us. It’s great to get to see so many films and to fight for the submissions that really moved me in order to get them a spot in our tight programming schedule.

I love that horror has the ability to express our deepest anxieties and fears in fantastical ways while being both fun and thrilling. It’s an extremely diverse genre that can be approached from a wide variety of angles which gives great freedom to filmmakers. Making my horror short Mauvaises Têtes was a ton of fun because I got to bend the limits of acceptable reality and explore how to tell a rather disturbing story in a humorous and charming way. 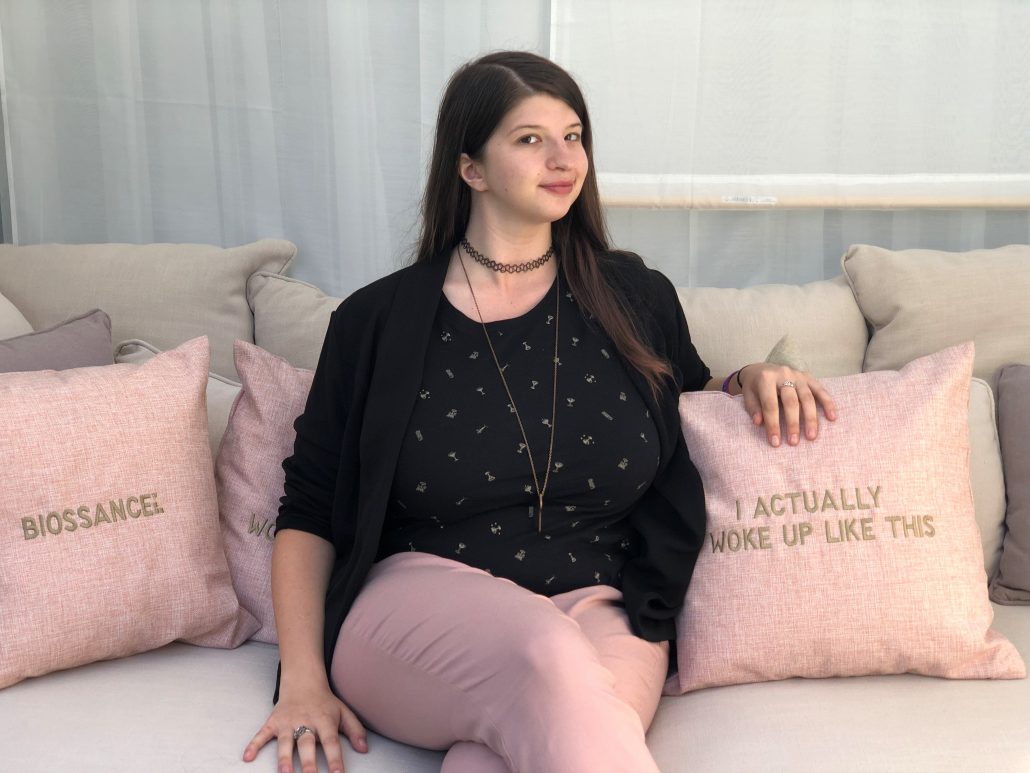 I help run the social media channels and moderate filmmaker discussions, Q&As, and other events during the year.

What I love most about horror is its versatility and ability to attract an audience. I was first attracted to horror through musical theatre of all places, and the drama and spectacle of bloody 80s slashers really reeled me in. One of my favorite things to ask a director or fan is what film most attracted them to the genre and why, because there’s so many different entry points for one community. I also loved studying the uses and reactions of the horror genre in college and continue to learn how directors use horror to express what they may not be able to in any other genre, especially for women and people of color.

You can find more about Lauren at My Final Girl College Thesis and on socials: @spiritedwords 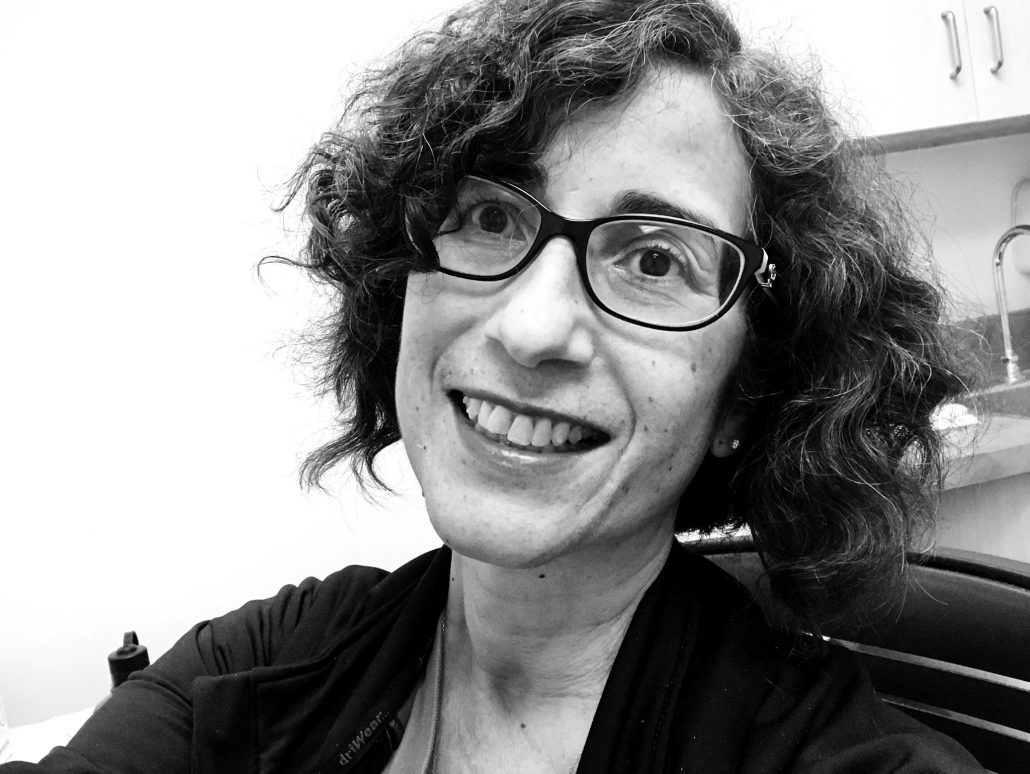 I do Community Outreach and promote the Film Festival to new audiences and recruit volunteers. I also do some fundraising. I started as an audience member the first six years of the Film Festival. In 2015, I became involved behind the scenes by volunteering, recruiting photographers for marketing, and by helping organize Filmmaker network gatherings.

Life imitates art. Sometimes life can be scarier. Horror can touch into my inner fears, make me cry, make me laugh, and entertain me. Also, I love seeing new talent and how new horror movies make reference to events of our society today. 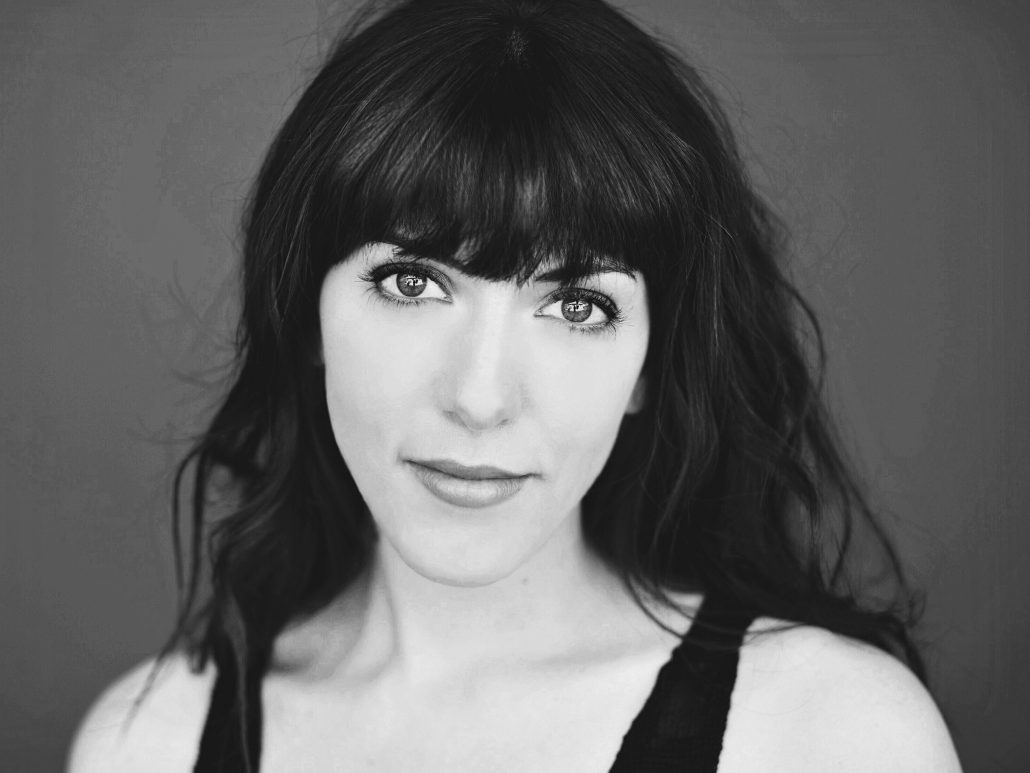 As a Programmer with HIFF, I help Miguel and the rest of the programming team select the films for the festival. We watch hundreds of films from all over the world, take copious notes, and share those notes with each other over many months so that the final selections make a strong and compelling set, create a balance of tone and form, and aim to start conversations with the audience. As an Arab-American actor, I know first-hand how much representation matters, so equity, diversity, and inclusion are paramount to our selections. Horror, Sci-Fi, and Fantasy are wonderfully versatile genres – truly anything goes – so we welcome films that take risks and show us something we’ve never seen before. There is no better feeling than discovering an exciting, new filmmaker, championing their film to the team, and then giving them a platform to share their talent and imagination with the world. It’s like striking gold, and the thrill of it only gets better and better every year!

There is no other genre in film that so quickly and effectively cuts to the core of the human experience than horror. Fear is a deeply primal emotion meant to keep us alive, but as a species, we enjoy “controlled” fear because it allows us to confront and engage with the daily horrors of life from a safe distance. We get the rush and the reward, without any of the risk. It gives us an opportunity to explore our individual anxieties and learn something authentic about ourselves. It offers insights into who we are as a society, and often best illustrates societal shifts in real time. Because horror pushes conventional film boundaries and confronts taboo topics, it creates an important space for the kind of conversations that would otherwise be avoided, the kind of conversations that often need to happen, and makes them easier to talk about. It forces us to confront the unknown, and for those of us who love horror, I think that’s terrifying and beautiful in equal measure. Ever since I was a child, I always had a fascination with the macabre, but I think that fascination with death and the darker aspects of human existence is really just a fascination with life. When I became an actor as an adult, it was because I was profoundly interested in people – their inner lives, their outer expressions – and horror is a study in humanity (in its purest form). I never feel more alive or more connected to the people I’m watching it with, than when I’m watching a horror film. There is a deep community to the genre that draws people in through the shared experience of terror. It seems counterintuitive, but it’s not. The extreme, collective emotions are bonding, and there is an intense euphoria and acceptance that comes when you exorcise them together. That’s why scary stories have endured for millennia, and why we continue to tell them.

You can find Laila also at IAMA Theatre Company, which is her Los Angeles based non-profit theater company that she co-founded: www.iamatheatre.com. 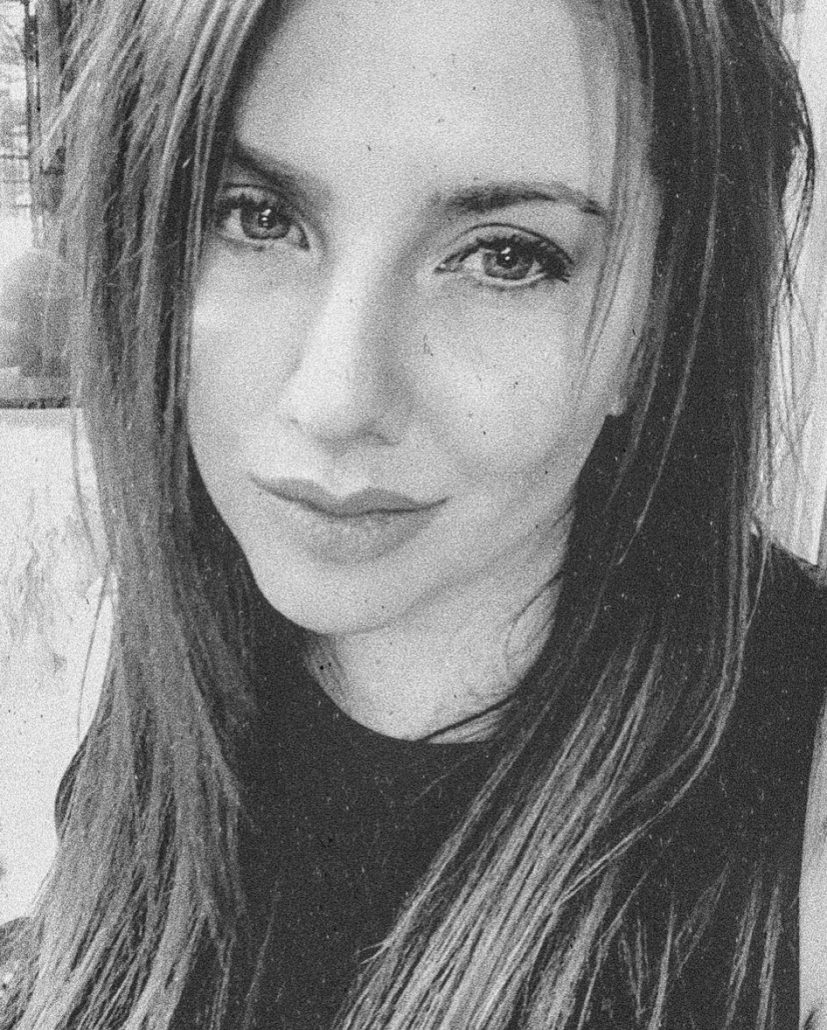 Horrible Imaginings Film Festival Programmer. I’ve been working in the film festival circuit for 4 years as Director of Marketing with Indie Memphis — but it was last year that I vividly remember making the conscious decision to manifest ways to insert myself within the area of film I’m most passionate about: horror. A month later, my dream came to fruition after meeting HIFF Founder and Executive Director Miguel Rodriguez. Shortly after our time gushing over the intricacies of the genre, I become freshly immersed in a world of new voices and talent while screening for the festival!

I credit the genre with saving my life in the face of a very real-world horror: mental illness. Until I was 23, I was terrified to watch anything remotely scary (my sister still blames me for not being allowed to watch Are You Afraid of the Dark). But as I lay in bed for a week during my first nervous breakdown, consumed with severe depression and anxiety, something unexpected happened. I began to crave a fear that I could immediately overcome — and there was no better way to do that than by forcing myself to watch frightening films. After discovering that source of strength, horror cemented itself as my biggest passion and comfort.

Thanks to all the ladies for speaking to us! You can learn more about the Horrible Imaginings Film Fest here: https://hifilmfest.com/ 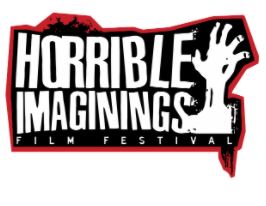