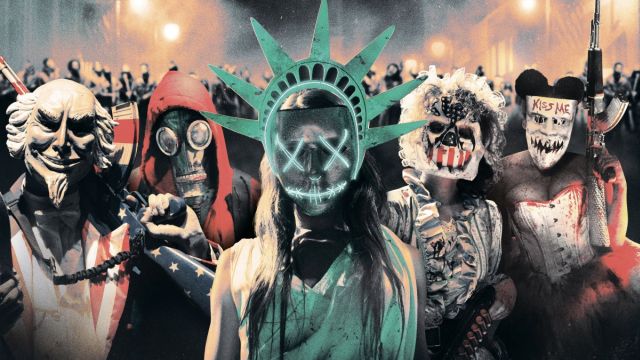 One night out of the year, law does not exist and people are free to roam the streets and commit any act of depravity that they can think of but, what happens the other 364 days of the year? How does the “purge” law affect society on a daily basis?

Well, according to what Blumhouse head-honcho Jason Blum told Deadline, that is one of the very things that we’ll find out in the upcoming Purge television series that is set to run on both USA Network and Syfy in 2018 alongside the next Purge movie. Both are to be written, directed and executive produced by series creator James DeMonaco.

Will this be overkill for the wildly popular Purge franchise? It’s hard to say as some horror franchises can do well on television (The Walking Dead, American Horror Story, etc.) while others don’t seem to last (see: Scream Queens).

Stick with us at Horror News Network as we’ll follow and report on this story as it develops.