Blog - Latest News
You are here: Home / More from the Crypt / What’s Your Favorite Scary Movie? How About Your State’s F...

Have you ever wondered what horror film is your state’s favorite? Me neither…until the fine folks over at Streaming Observer gathered the data to show us what is every state’s favorite! Don’t believe me? How did they do it, you ask? Well…science, of course.

Using data from Rotten Tomatoes, proprietary Amazon MTurk surveying, and other public sources, we compiled a list of the most popular horror movies of all time. Then, we partnered with Mindnet Analytics and used Google Trends data to determine which horror movie each state was most obsessed with relative to other states.

Well, hell…like I said – SCIENCE! Based on that explanation, I certainly can’t (read: “am not smart enough to”) debate their methods.

While I find it hard to believe that I live in a state that lists Pan’s Labyrinth as it’s favorite horror film, I can’t say I’m surprised to learn that The Exorcist is the favorite of our nation’s capital or that The Texas Chainsaw Massacre happens to be preferred by Texans.

Check out their map below to see what your state’s favorite is and click here to head over to their site to read more. Happy October! 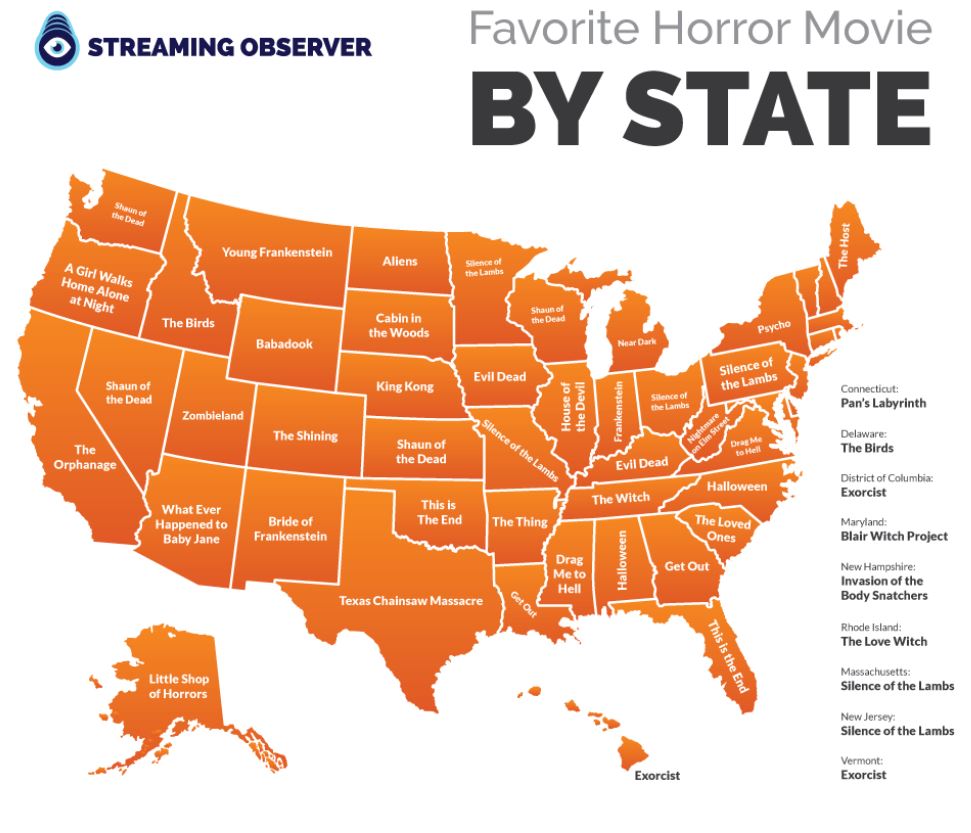