‘What We Do In The Shadows’ Unveils Season 3 Teaser

The strangest vampires around are ready for a new season of horrible hijinks–but is the world ready for them?

What We Do in the Shadows returns Sept. 2 for its third season on FX, as reported by comicbook.com, and a teaser trailer affords a glimpse into what the vampiric bunch is up to. Check it out on this page.

It seems the vampires are looking to unload some of the “treasures” they have accumulated through the centuries, and Guillermo is helping them with a very unique sale. Imagine an auction from hell and you’d be close.

The third season–announced by FX last year–was made inevitable by the 3.2 million viewers per episode during Season 2. That represents a healthy 25 percent uptick from the show’s first season.

The horror-comedy–based on the 2014 film of the same name by Jemaine Clement and Taika Waititi–follows vampire roommates Nandor (Kayvan Novak), Nadja (Natasia Demetriou), Laszlo (Matt Berry) and Colin (Mark Proksch) “as they navigate the modern world of Staten Island with the help of their human familiar Guillermo (Harvey Guillen),” according to the synopsis. Fans will recall the Season 2 finale when the vampires learned Guillermo was really a vampire killer.

Moving forward with that knowledge into Season 3, the vampires are “elevated into a new level of power” and will encounter the vampire from whom all vampires have descended. Along the way, they meet up with a tempting Siren, gargoyles, something called werewolf kickball and plenty of supernatural curiosities. All that, and Colin will celebrate his 100th birthday.

The Emmy Award-nominated series–which will kick off Season 3 with the first two episodes airing in one special premiere event–is led by showrunners Paul Simms and Stefani Robinson.

Keep reading Horror News Network for all updates on Season 3 of What We Do in the Shadows on FX. 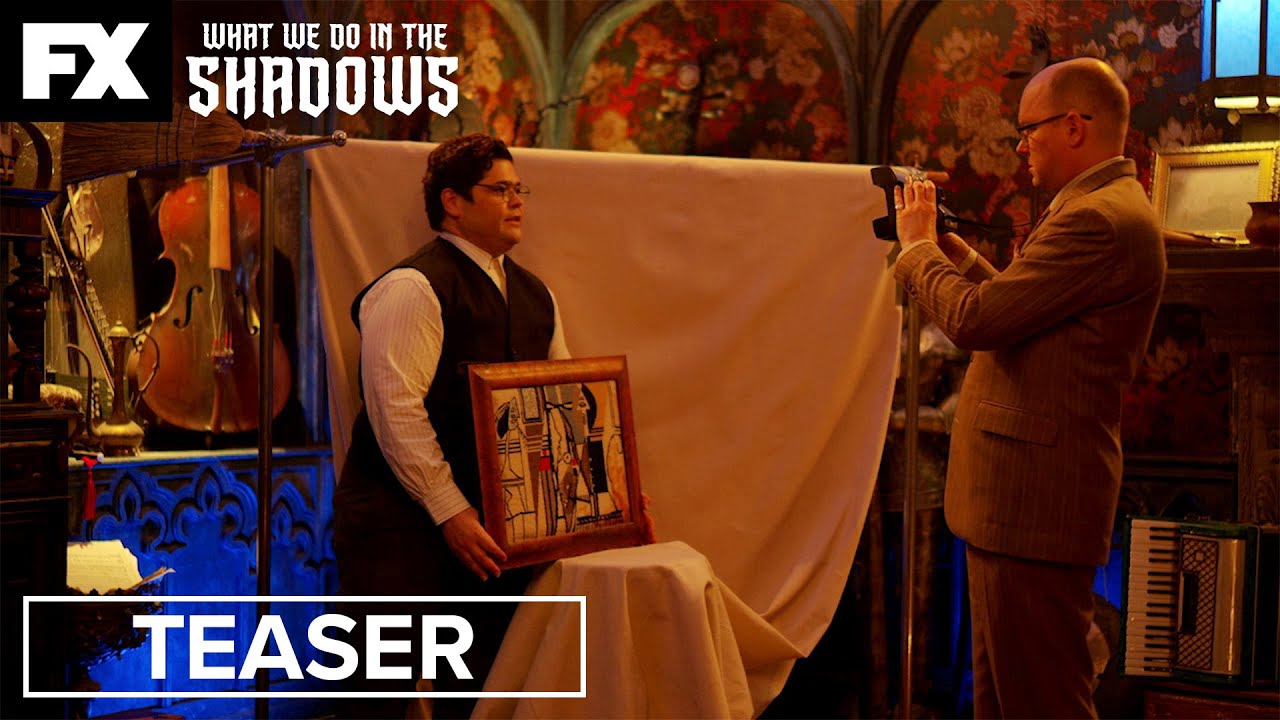