By the end of August, user reviews of programming on Netflix will be a thing of the past. CNET reports that, “you’ll no longer be able to post written reviews as of July 30, and then in mid-August existing written reviews will be removed,” and the speculation is that this move coincides with Netflix’s intention of phasing out third party content and increasing the amount of their own original content available on the platform.

While Netflix has a lot of great programming, it isn’t exactly known for consistency across all of its offerings, and viewers are bound to regret several impromptu viewing choices when searching for lesser-known titles. User reviews were one way for viewers to decide if a program was worth their time. Obviously, numeric metrics can’t always account for personal tastes, but it’s usually a safe bet to skip something with an extremely low score. So, what will the removal of user reviews look like for horror fans? Fortunately, our genre of choice is in better shape than many other genres! 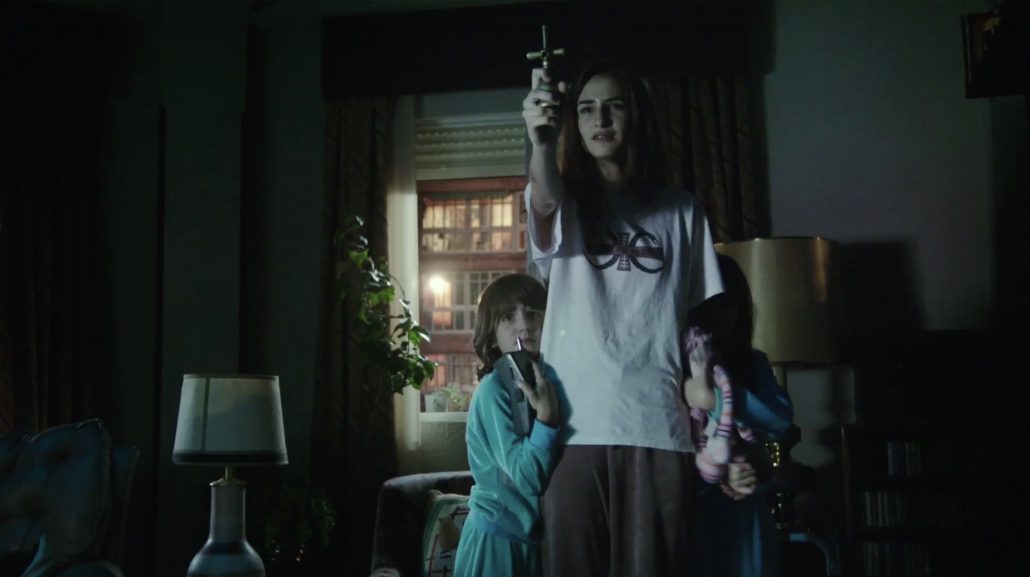 There are always going to be stinkers, but Netflix currently offers a variety of quality third party horror movies. Sure, they’ve got Clown, but they’ve also got The Conjuring, Psycho, and The Babadook. Even better, Netflix’s original horror programming has been more solid than any other genre’s original programming. Through an exclusive deal with director Mike Flanagan, they’ve release both Hush and Gerald’s Game. Veronica and The Ritual were both top-notch films, and I even got a kick out of the horror-comedy Little Evil.

I’ll take all of those options over Netflix’s big action production, Bright, or their unholy alliance with Adam Sandler, which has produced some of the worst work of his career. The state of action films on Netflix wont look any better once their deal with Disney runs out and all of the Marvel Cinematic Universe movies are pulled from the platform. In the comedy department, the offerings are either dated, or they’re for very specific comedic tastes. Frankly, Hollywood has been struggling with the comedy genre for years, and the productions that make it directly to Netflix because the studios aren’t confident in a theatrical release are almost guaranteed to be duds. The situation is the complete opposite for the horror genre, which is seeing profitable theatrical releases nearly every month and winning prestigious awards like never before. There are many good horror production companies out there right now, and some of that excellent material is bound to make its way to Netflix.

The reason for the horror genre’s success at Netflix is the same reason for its theatrical success. Horror movies are generally inexpensive to produce (by comparison), they have a built-in devoted fan base, and all they typically need to work is a good idea. A clever horror concept can carry an entire movie, whereas a clever concept for a comedy still only sets the stage for the production. That isn’t to say that there’s can’t be horror duds (the annals of cinema are littered with them)… it simply means that there’s a clearer road map to success than action movies which require unlimited resources and $1 billion at the box office to break even, or comedy movies which are constantly trying to keep up with the evolving tastes of the audience.

So horror fans can sit tight for now, there are still more good horror choices on Netflix than bad ones. If you still aren’t sure of which title to fire up on a Friday night, there’s always Rotten Tomatoes scores, IMDb user scores, and the humble opinions of your favorite Horror News Network reviewers… who promise to always tell it like it is!

Stay tuned to Horror News Network for continuing coverage of all things horror on Netflix!