Entertainment Weekly has posted the first, full-costumed image of Pennywise the Clown from the upcoming adaptation of Stephen King’s It and we have one word to describe it: terrifying!

This time around, Pennywise will be played by Hemlock Grove star Bill Skarsgård. Skarsgård is well aware of the big shoes (pun intended) that he has to fill while stepping into the role originally played by Tim Curry; as he told Entertainment Weekly back in July, “Tim Curry’s performance was truly great, but it’s important for me to do something different because of that,” says Skårsgard, “I’ll never be able to make a Tim Curry performance as good as Tim Curry.”

Of the character of Pennywise, he also added, “It’s such an extreme character. Inhumane…It’s beyond even a sociopath, because he’s not even human. He’s not even a clown. I’m playing just one of the beings It creates.”

The newest version of It is slated to hit theaters on September 8, 2017. Keep it locked to Horror News Network as we will certainly be tracking the progresses as the film gets closer. 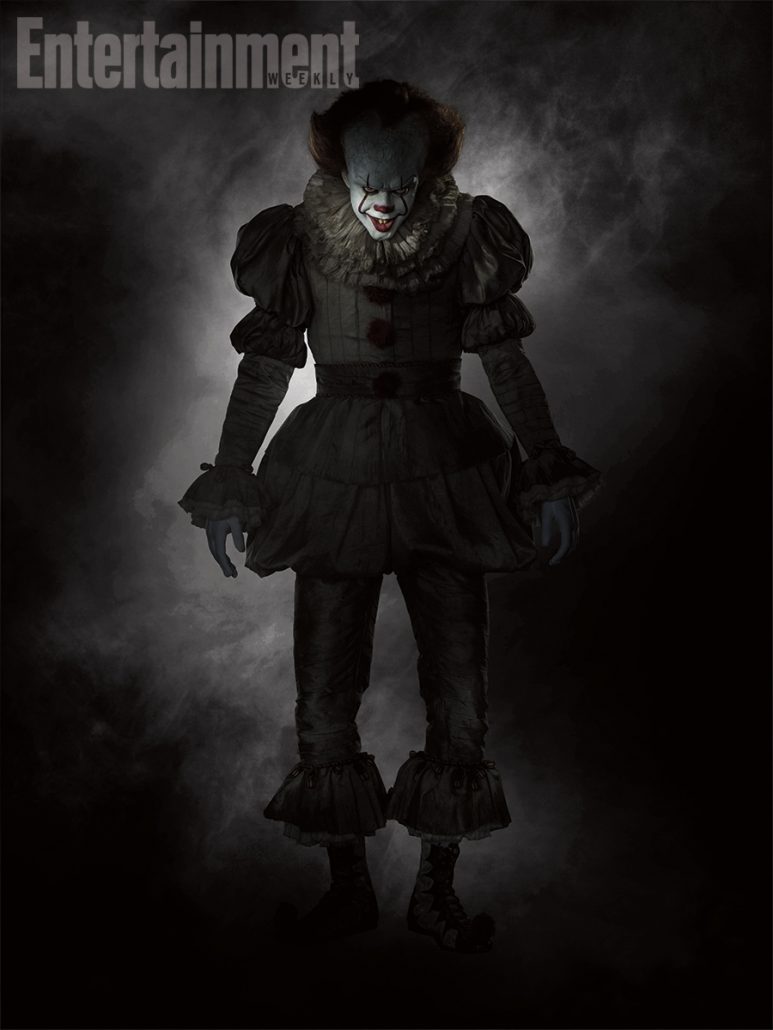