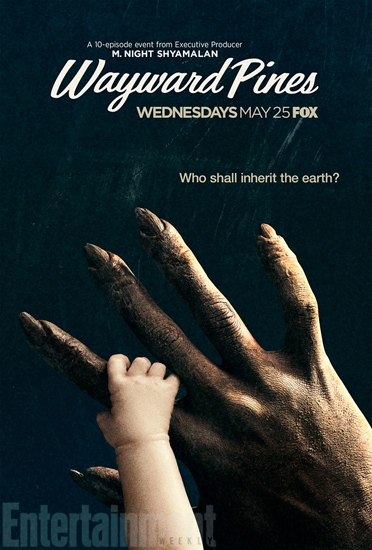 Key art for Fox’s season two of Wayward Pines was release today on EW.com.   The creepy image features a baby hand grasping the hand of an “Abbie,” the word the locals call mutant humans who haunt the forest beyond Wayward Pines. The series takes place in the scary looking future of the year 4028. The Abbies forced the town into hiding after they discovered their existence.

M. Night Shyamalan produces the thriller series, which returns May 25.