Also included is a bonus black metal album by Count Gorgann, lead vocalist of Leviathan the Fleeing Serpent, entitled Corpse Eater: Satanic Misery Live for the Dead. This bonus album features a 2015 live recording at Black Forest Discothek and is pressed to 180 gram black vinyl with an etched B-Side.

Premiering at The Toronto International Film Festival in 2012 and releasing to limited theaters on April 19, 2013, The Lords of Salem was directed by Rob Zombie and starred Sheri Moon Zombie, Bruce Davison, Jeff Daniel Phillips, Ken Foree, Patricia Quinn, Dee Wallace, Maria Conchita Alonso, Judy Geeson and Meg Foster. The film follows a local DJ who plays a cursed record and unwittingly unleashes a coven of 300-year old witches who were secretly imprisoned and tortured during the Salem Witch Trials.

The album will be available to order exclusively through the Waxwork website on Friday. Stay tuned to Horror News Network for the latest horror vinyl from Waxworks Records.

This Friday. Open wide the gates of hell with the highly anticipated debut vinyl release of @RobZombie’s THE LORDS OF SALEM Original Motion Picture Soundtrack! This one is loaded with deluxe bonus material. Get ready. pic.twitter.com/7cCd3LhTgy 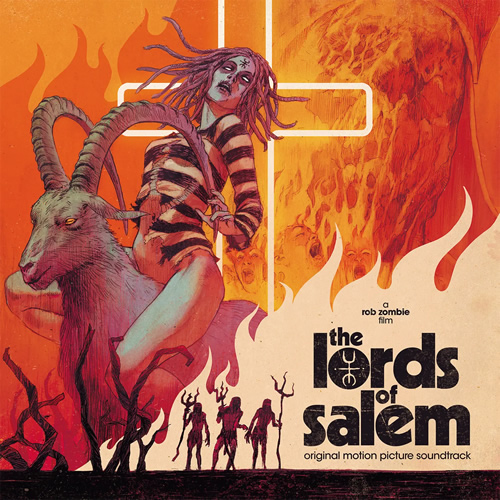