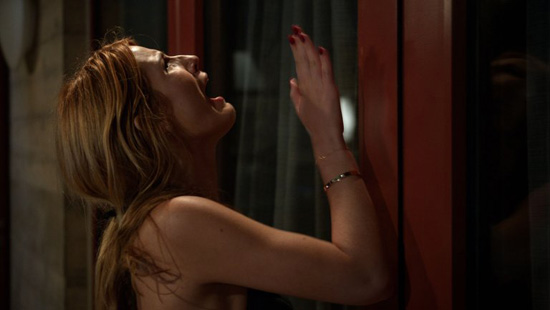 MTV has posted the first eight minutes of its upcoming series ‘Scream’ on it’s website.  The series, which premieres on MTV June 30, is based on Wes Craven’s hit horror franchise. The story centers around the aftermath of the murder of beautiful teenager Nina at Lakewood High School, which may or may not be connected to the murder spree ‘bullying victim’ Brandon James committed in an earlier generation. Willa Fitzgerald (Emma), Bex Taylor-Klaus (Audrey), Carlson Young (Brooke) Amadeus Serafini (Kieran) John Karna (Noah), Connor Weil (Will), Tracy Middendorf (Maggie), and Jason Wiles (Sheriff Hudson) star.

You can view the first eight minutes here.