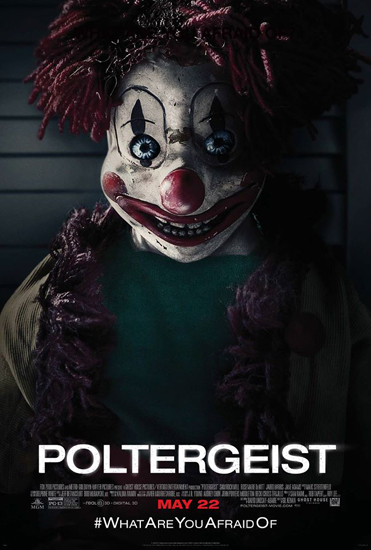 In promotion for the upcoming release for ‘Poltergeist’, 20th Century Fox has created some extremely creepy videos using the popular new app ‘My Idol’.  The first video they have released features the terrifying clown doll. You can view the video the film’s official Facebook page.  They will be releasing more videos on the film’s official Snapchat account.  ‘My Idol’ is an app created by Huanshi Ltd. that uses a photo of the user to create a 3D interactive avatar.   The free to download app is currently trending on the App Store, despite only being available in Chinese. ‘Poltergiest’ is hitting theaters May 22 in 3D.