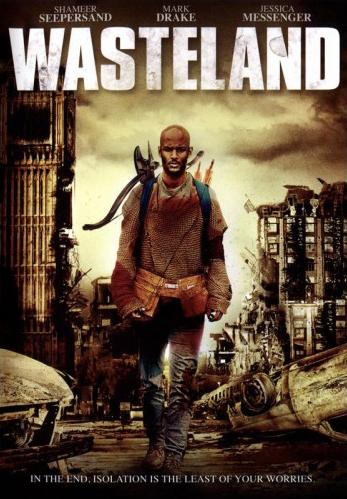 Synopsis: ‘Wasteland’ is set in a world ravaged by a deadly virus and within that world is Scott Miller, a man who, against the odds, is trying to carve out some sort of life. The deadly infection that has ravaged the globe has almost totally wiped out the human race and Scott must spend his days finding water, food etc. Whilst trying to find uninfected people by radio, he must also avoid the many dangers that lurk in the outside world, while he waits for the return of the love of his life, Beth.

Our Thoughts: ‘Wasteland’ follows the story of a man who is lost in an apocalyptic wasteland, in search of his beloved Beth.  He goes to sleep saying her name and dreaming of the world before the virus. Scott talking to himself in front of a mirror is a nice touch early in the film, as most of us would probably be doing that if we were in his situation.

Scott does manage to get in touch with other humans via radio for awhile. He made friends with a man named George, whom he sadly lost when he didn’t have the heart to kill his significant other when she became a zombie. When Beth finally returns, the two must deal with the reality of the world they are living in.

Like ‘The Walking Dead,’ the film is heavy on the human drama. Shameer Seepersand was excellent as the lonely Scott and the film was well acted overall. Despite it’s good points, there was too little horror for my taste personally. ‘Walking Dead’ fans who enjoy the drama of the series more than the horror would enjoy a film like ‘Wasteland.’