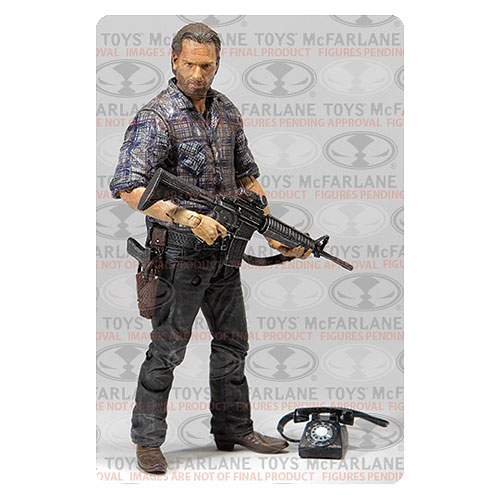 Everyone has a point where enough is enough. Rick Grimes reached that point when he was forced to go head to head with The Governor in Woodbury. This Walking Dead TV Series 7.5 Rick Grimes Action Figure is based on season 3, episode 9 – “The Suicide King.” Based off the AMC TV version of Robert Kirkman’s The Walking Dead, this 5-inch scale Rick Grimes features approximately 22 points of articulation, and includes an assault rifle, pistol, revolver, home phone, and machete! It comes in blister-card packaging.