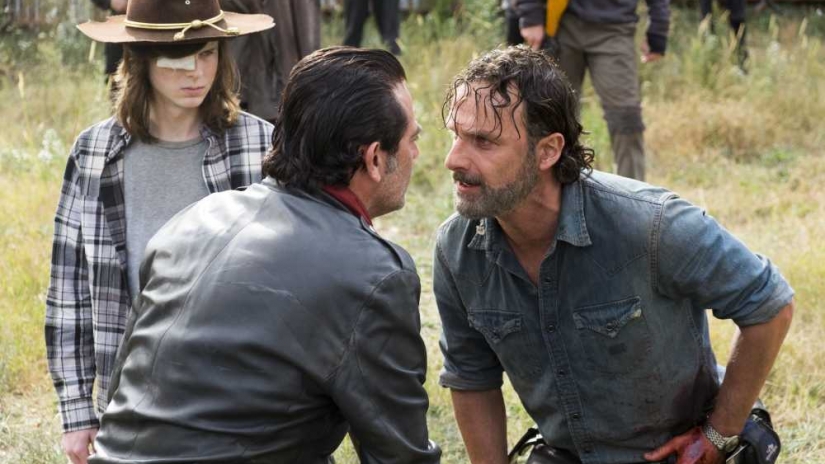 Season Eight of The Walking Dead premiered last night to fewer viewers than it’s been used to gathering in recent years. THR reports that early Nielsen numbers show that 11.4 million viewers tuned in to last night’s episode, 6.5 of which who were adults aged 18-49. This represents a 43% drop in total viewership from last year’s premiere, which drew 17 million viewers on the date of the premiere. Such opening numbers have not been seen by the series since Season 3.

While Season Eight garnered interest by promoting its popular characters and the debut of its 100th episode on television, it simply could not compete with Season Seven’s promised resolution to the tacky cliffhanger ending of Season Six. The cliffhanger phenomenon makes it difficult to compare the premieres of both seasons, as some viewers likely tuned in simply to find out who Negan whacked at the start of Season Seven. Regardless, the show has been hitting nearly impossible numbers of the years, and it was only a matter of time that they began to slip a little.

Although the numbers are suggesting that the series’ viewership peaked in Season 5 with an average of 20.1 million viewers, AMC has little to be concerned about over Season Eight’s reduced ratings… the show is still the highest rated scripted series on television, and other shows would kill just to have the level of viewership that The Walking Dead lost in its first episode. These numbers don’t spell the end of the series, they are simply a return to a more sustainable viewership.

The streaming numbers for Season Eight, Episode One and the ratings for upcoming episodes this fall will begin to paint a clearer picture of the future of The Walking Dead. The show originally appealed to a smaller group of core viewers when it debuted, and it widened its scope as it became a mainstream cultural phenomenon. The show’s “lower, but still great” ratings could end up being a blessing in disguise for the showrunners as they continue to plan new story arcs to appeal to their core viewership moving forward.

Stay tuned to Horror News Network for more details on The Walking Dead‘s ratings, as well as full reviews of upcoming episodes as they break!