This time around, the current production team of Robert Kirkman, Gale Anne Hurd, Glen Mazzara, and David Alpert “…maintain AMC has failed to pay fair market value in the license fee for the series because the show is produced by its in-house AMC Studios arm.”   The lawsuit includes the trinity of AMC’s The Walking Dead stable:  The original program, Fear the Walking Dead, and even Talking Dead.

The lawsuit “…echoes the accusations in the bitter legal fight that original Walking Dead showrunner Frank Darabont has waged against the cabler for the past few years. Ironically, in the most recent round of motions in the Darabont case, AMC pointed to what it depicted as the acceptance of the license fee definition by Hurd and others as evidence that Darabont’s position was unfounded.”

AMC executives were, unsurprisingly, not pleased with the plaintiffs, saying in a statement that “These kinds of lawsuits are fairly common in entertainment and they all have one thing in common – they follow success.  Virtually every studio that has had a successful show has been the target of litigation like this, and The Walking Dead has been the #1 show on television for five years in a row, so this is no surprise. We have enormous respect and appreciation for these plaintiffs, and we will continue to work with them as partners, even as we vigorously defend against this baseless and predictably opportunistic lawsuit.”

The crux of the lawsuit seems to “…hinge(s) on the dispute over the calculation of the “imputed” license fee for Walking Dead, a number derived for the purposes of profit participants because the network does not formally pay the studio a license fee — as would be the case if the show hailed from an outside studio. Instead, the initial imputed license fee was set at 65% of production costs with a cap of $1.45 million for the first season, with 5% bumps per season thereafter.” 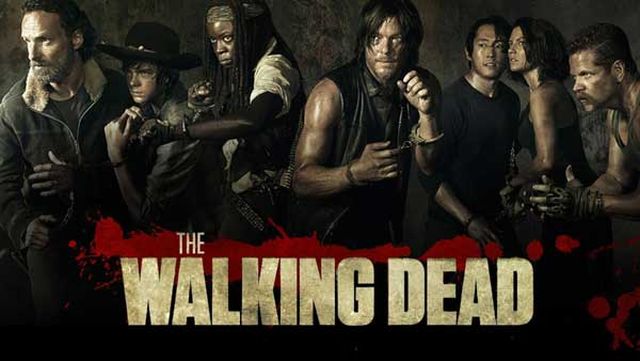 The lawsuit also claims that AMC is failing to cover “…68% of the production costs. For such a huge hit — Walking Dead is the highest-rated series in adults 18-49 in all of primetime — the license fee would be much higher if the show was licensed from an outside studio. The plaintiffs maintain that the lack of a fair license fee artificially limits the value of their profit participation stakes.”

Some of the fine details of the case claim that “…AMC received $22.8 million in revenue from Apple’s iTunes licensing of the show for paid downloads through 2014, but only reported $4.6 million of that sum as profit to be shared by participants…double-dips on distribution fees for international licensing and home video sales of the show by imposing its own 10%-20% distribution fees on top of the 12.5%-20% fee charged by Starz for home video and the 5%-12% fee charged by Fox International Channels” and the fact that AMC “…charges a whopping 50% distribution fee for merchandising sales, on top of a fee paid to a third-party licensor.”

Creator of the original comic book, Kirkman also accused AMC of “…violating the terms of a merchandising agreement that gave him control over certain products such as video games, dolls, and action figures.”

Earlier this week, Kirkman signed an overall deal with Amazon, which certainly makes even more sense now in light of the news of this filing.