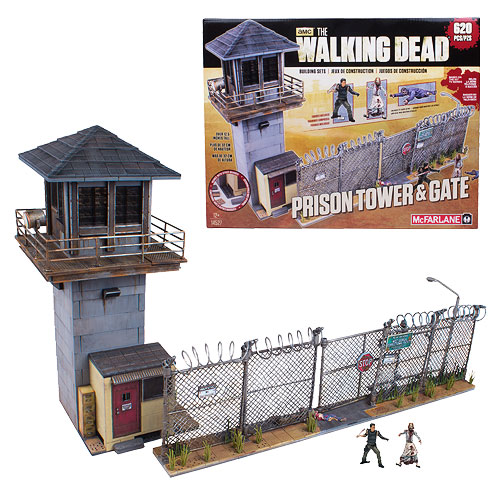 Based on television’s most watched drama, AMC’s The Walking Dead, McFarlane’s exquisite attention to detail is clear in the Walking Dead Prison Tower Mini-Figure Building Set! Relive the third season, as Rick and the group must survive both the undead and the living! Recreate the epic season finale, as the survivors battle the Governor at the prison gates! This level 12 set contains approximately 620 pieces that combine to create the prison tower and gate. Also includes mini-figures of Glenn in riot gear and two walkers!