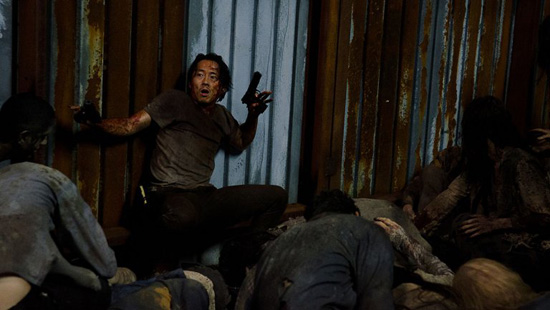 ‘Walking Dead’ Finale to be 90 Minutes

‘The Walking Dead’ season six finale will be 90 minutes long.   AMC made the announcement today. Sources are saying that Negan, played by Jeffrey Dean Morgan, and the yet to be seen leader of the Saviors, will make his debut in the finale.