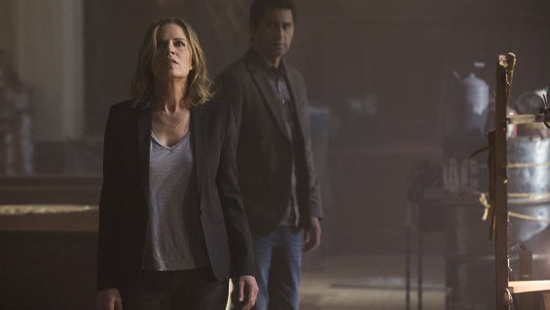 Today Robert Kirkman announced the title to AMC’s ‘Walking Dead’ companion series. It will be titled ‘Fear The Walking Dead’. Kirkman announced the new via twitter stating “IT’S OFFICIAL! The walking dead companion show on AMC is called FEAR THE WALKING DEAD! Expect more news very soon! FearTheWalkingDead.” AMC piloted the series last fall and has already picked it up for two seasons. The first season of the series will air in late summer and have six episodes. Season 2 will be a regular size and air in 2016.  The companion series is set in Los Angeles and and will focus on different storylines and new characters. It stars Cliff Curtis, Kim Dickens, Frank Dillane and Alycia Debnam Carey.  ‘The Walking Dead’ producers Robert Kirkman, Gale Anne Hurd, Greg Nicotero and David Alpert are executive producing.  Dave Erickson is the showrunner and executive producer. Erickson and Kirkman co-created and co-wrote the pilot.