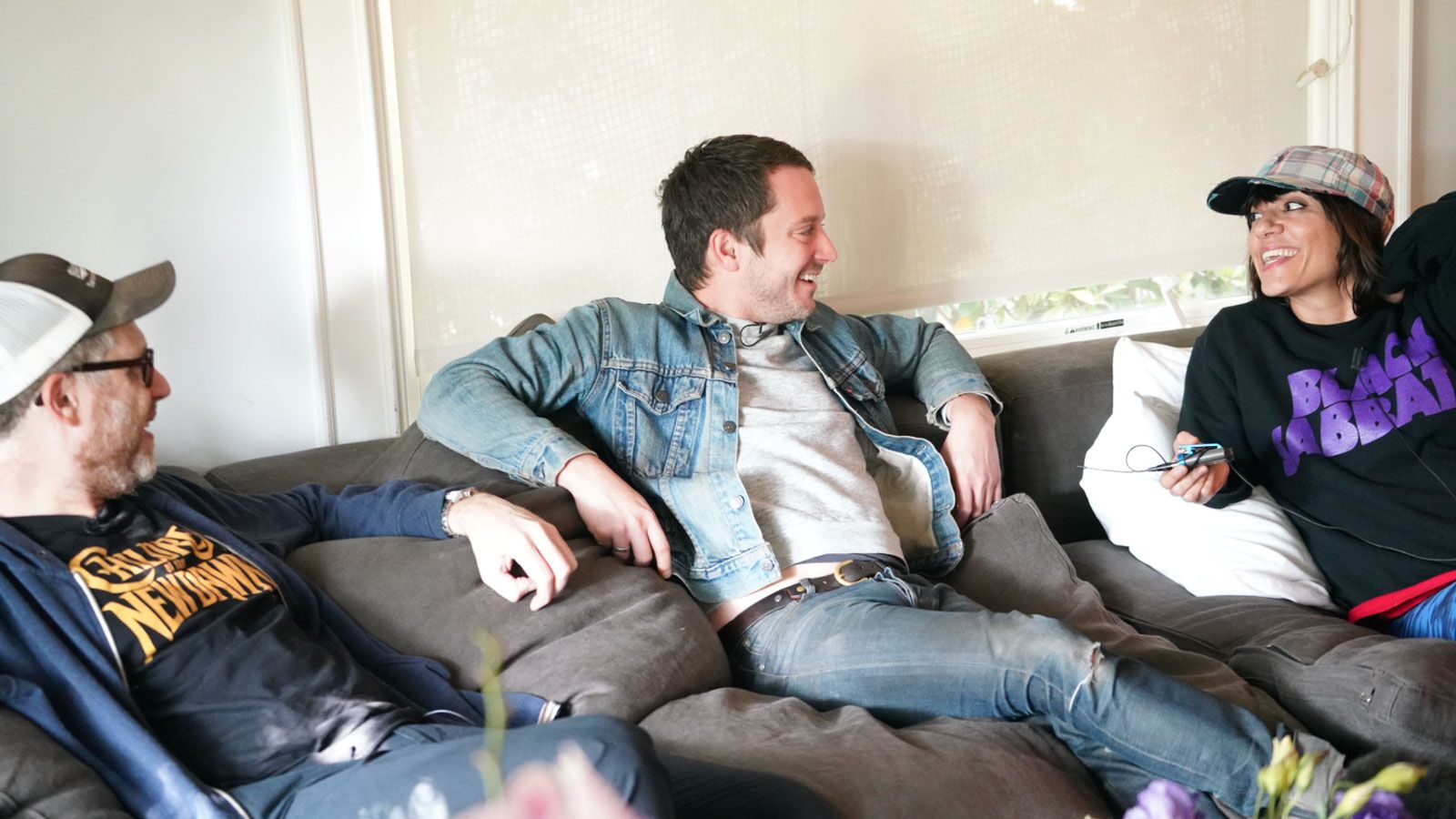 All nine episodes of Shudder’s new podcast, Visitations with Elijah Wood & Daniel Noah (which is described as “…a new podcast from the boundary-breaking indie production company SpectreVision”) are now available to subscribers on the horror streaming service.

Each episode of the podcast “…features the two hosts traveling to the homes and workshops of some of their favorite creators in the genre community and beyond. In these intimate visits, guests delve into their lives, their work and how they’ve managed to turn their deepest fears into art.” Episodes include 45 minute conversations with a who’s who of horror and genre cinema such as: Taika Waititi (What We Do in the Shadows), Mike Flanagan (The Haunting of Hill House), John Landis (An American Werewolf in London), Ana Lily Amirpour (A Girl Walks Home Alone at Night), Dan Harmon  Rick and Morty), Flying Lotus (Kuso), Richard Stanley (Hardware), Kate and Laura Mulleavy (Woodshock), and Panos Cosmatos (Mandy).

Wood and Noah relished “The opportunity to deep dive into the hearts and minds of our friends and colleagues has been an illuminating experience. We made some profound and surprising discoveries about the artists, their work and genre in general that we hope will resonate for fans as much as it has for us.”

Visitations is actually “…Shudder’s fourth original podcast, following the supernatural drama Video Palace, the women-in-horror podcast She Kills hosted by Adrienne Barbeau, and Eli Roth’s History of Horror: Uncut, featuring unedited conversations with the filmmaker and many of the biggest names in the genre, including Stephen King, Edgar Wright and Greg Nicotero.”

Check out the trailer below for a preview of some of the conversations that you can hear on the Visitations.