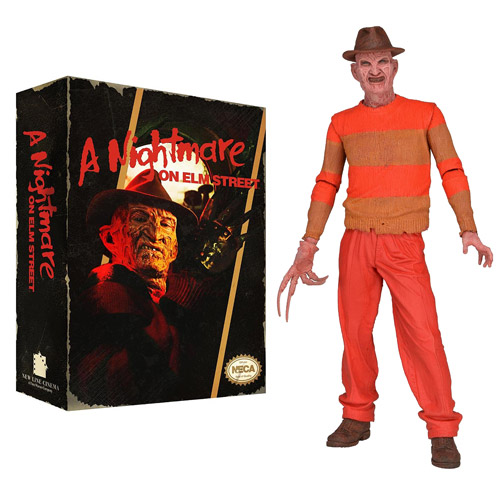 Directly out of the 8-bit video game A Nightmare on Elm Street! The Nightmare on Elm Street Video Game Freddy Krueger Action Figure is the perfect companion piece to the Friday the 13th Classic Video Game Jason Action Figure, which was one of the hottest SDCC Exclusives of summer 2013. Released in 1989 for the NES (Nintendo Entertainment System), A Nightmare on Elm Street the video game is so bad that it’s good. A cult-classic video game if there ever was one, this amazing action figure of Freddy Krueger is a fully-articulated 7-inch action figure done up in the truly horrifying video game style. This great figure comes in special window box packaging with an opening flap to recreate the look and feel of the classic 1989 video game packaging.