What’s a chain saw massacre without a list of hapless victims?

Gun Interactive and Sumo Nottingham have teamed up to produce a brand-new video game based on the classic 1974 slasher The Texas Chain Saw Massacre, as reported here in Horror News Network, and now fans can get a glimpse at the victims lined up for the slaughter. Check out the artwork depicting the unlucky cast of characters–courtesy of JoBlo.com–on this page. 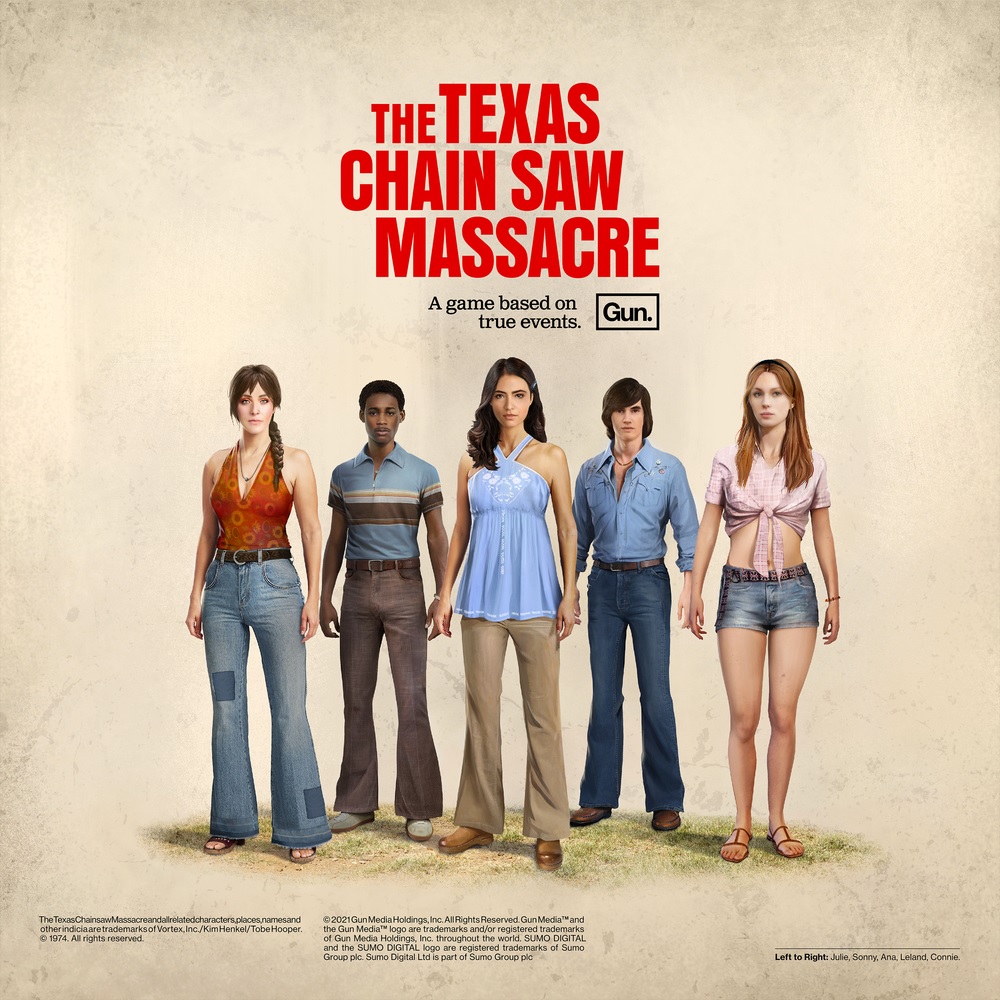 The video game–described as an “asymmetrical multiplayer horror experience for PC and ninth-generation gaming consoles”–boasts Kane Hodder providing the motion capture work for Leatherface, along with Scout Taylor-Compton, Kristina Klebe and Sean Whalen playing other characters.

The game’s backstory, as explained, picks up after Maria Flores has gone missing and local law enforcement has stalled in its search. But Maria’s kid sister Ana has joined with several of her friends from college to pick up the trail.

As to the roster of victims, there is Julie, a Southern California native complete with a “sand, surf and sports lifestyle”; Leland, a native Texan who is “the toughest of the group”; Connie, who comes from a farm lifestyle and who is “crafty and intelligent”; Sonny, the best student of the bunch who is “perceptive and intuitive”; and Ana, who is “fiercely motivated and a natural leader”.

The developers have explained that players cannot kill the killers–who include Leatherface, the Cook and the Hitchhiker–in this game, which is “strictly about survival. There are little ways to defend yourself, but you won’t be grabbing a baseball bat to attack Leatherface.”