The WWE may have its “Hell in a Cell” matches, but Dynamite Entertainment is going them one better starting in March.

Vampirella versus Purgatori No. 1 from Dynamite will usher in a brand-new series that will bring together the two female furies in a plot “to corrupt certain members of humanity whose very goodness serves as a symbol of man’s worthiness to survive,” according to The Hollywood Reporter. But we all know these two bombastic beauties are never going to get along.

The big question, as hinted at by the comic’s official description, is can Vampirella–“an alien who arrived on Earth and works for good”–and Purgatori–“a demon who traditionally walks a far less altruistic path”–work together? Sounds like a lead-in to The Odd Couple.

The series will be handled by writer Ray Fawkes (Constantine, Justice League Dark) and artist Alvaro Sarraseca (Turok). Fawkes said he’s been a Vampirella groupie for some time now. “Like many comics fans–and horror fans–I’ve fostered a love for Vampirella for a long time,” he said. “I was reading Vampirella comics way back when–when I was probably too young to be reading stories that were so bloody and so sexy.”

This won’t be the first time this devastating duo has locked horns (in a manner of speaking). Longtime horror fans may recall the 2000 one-shot release of Purgatori vs. Vampirella (notice the change in top billing this time around).

Vampirella made her debut way back in 1969 in Warren Publishing’s Vampirella No. 1. Purgatori, on the other hand, started out in 1994’s Evil Ernie: Revenge No. 1 from Chaos! Comics. Both sultry sirens were acquired by Dynamite in 2010.

Keep reading Horror News Network for any updates on the March 2021 release of Vampirella versus Purgatori. 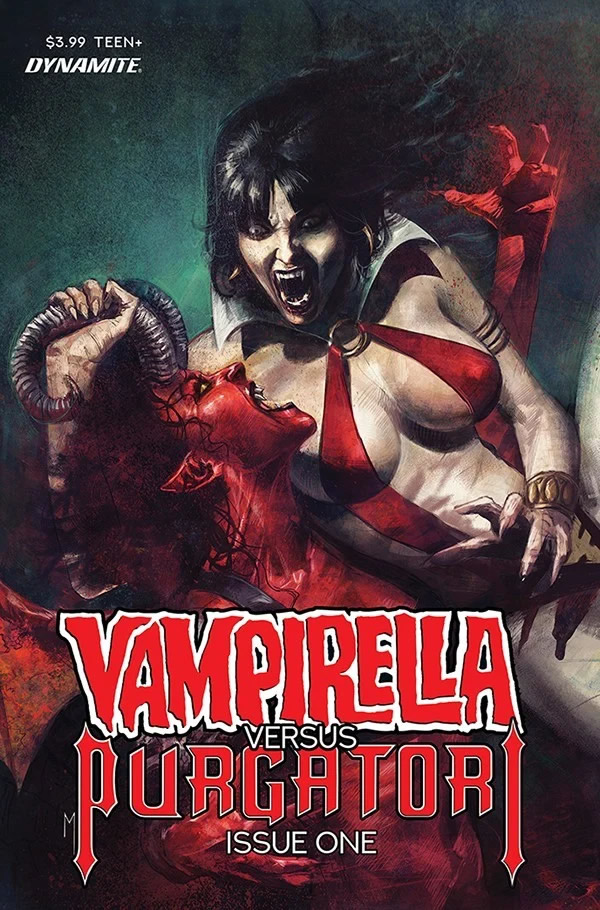