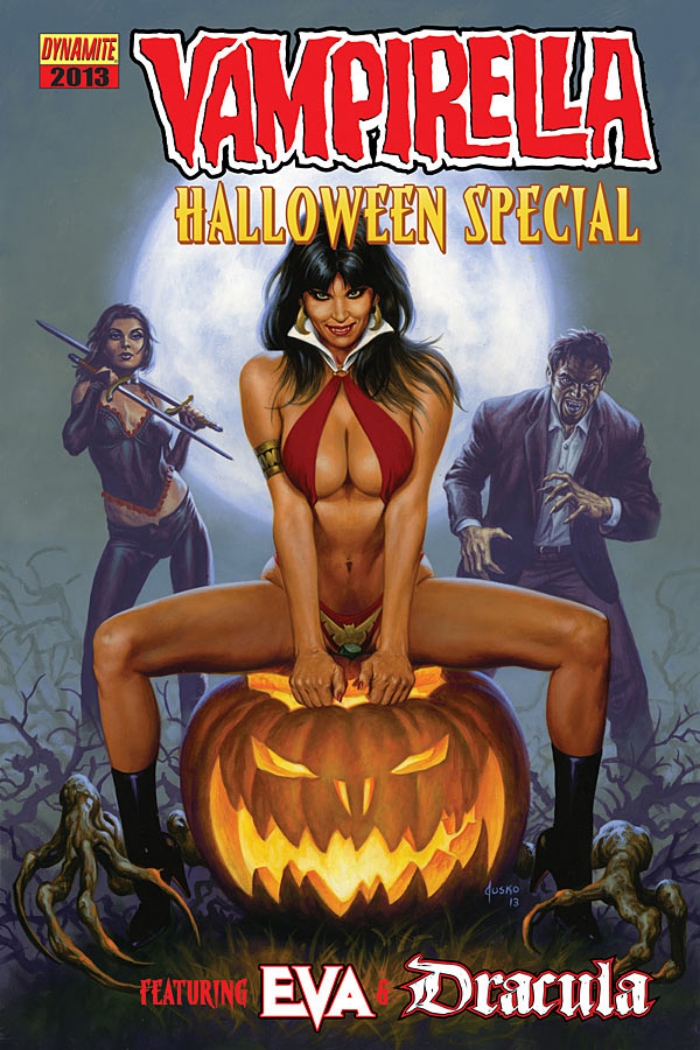 Dynamite Entertainment has provided us a preview of the new Vampirella Halloween Special 2013 comic.

Vampirella once again joins forces with Dracula and Eva in order to confront a Doomsday Cult intent on releasing one of the Ancient Ones back upon the Earth. The trio, empowered from their previous successes, will confront these evil forces head on! These three warriors race from threat to threat in order to stop the apocalypse but will learn that even their immense power may not be enough. Whether they accept it or not, some battles cannot be won…