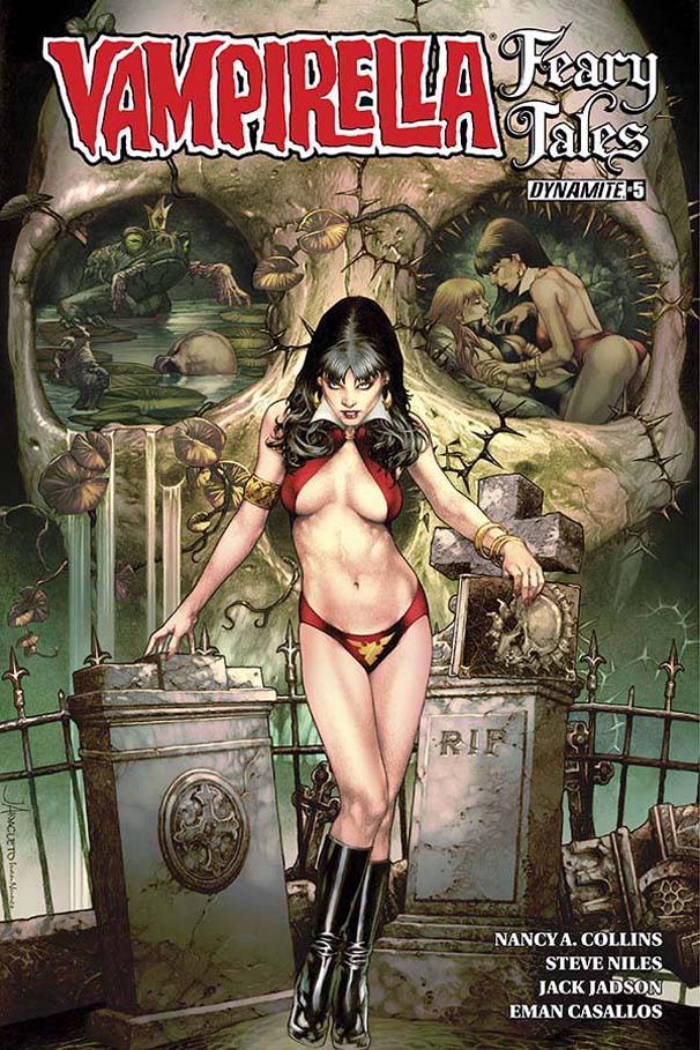 Dynamite Entertainment has provided us a preview of the new Vampirella: Feary Tales comic.

The celebration of the 45th anniversary of the creation of everyone’s favorite vampire vixen reaches its senses-shattering conclusion in the fifth and final issue of Feary Tales.

Vampirella is shocked when she meets the pun-happy Storyteller face-to-face, only to end up hip-deep in alligators in Steve Niles’ swamp-monster retelling of “The Frog Prince.” Then, in Nancy A. Collins’ twisted take on “Sleeping Beauty,” a major character from the original Warren run is reintroduced when Vampirella finally discovers the true identity of her mysterious doppelganger and learns about her hidden connection to the enchanted book she is trapped inside in a weird and wicked resolution that ties in with the on-going monthly title-provided Vampi can escape a castle full of walking dead that have awoken from their centuries-long slumber with a royal appetite…