The big question is: Where are they going on their honeymoon?

Vampirella–native daughter of Drakulon–and Dracula–Lord of the Vampires–will tie the knot in time for a Halloween celebration, courtesy of Dynamite Entertainment, according to cbr.com. Vampirella No. 25–slated to hit comics shops Oct. 20–will cover the happy event, and fans can check out the cover for the issue on this page.

This special issue–reportedly not a dream sequence nor an imaginary story–is priced at $3.99 and has been bumped up to 50 pages from 32 to accommodate all the frightful festivities.

Priest–who has been penning Vampirella’s adventures since 2019–said this issue wraps up the space vampire’s 50th anniversary celebration. He added that this comic will be “a Dracula story unlike any you’ve read before” and vowed that Vampirella will indeed get married and won’t “be left at the altar.”

Vampirella–created by writer Forrest J. Ackerman and artist Trina Robbins for Warren Publishing–first appeared in the black-and-white Vampirella No. 1 in 1969. Writer/editor Archie Goodwin–Horror News Network’s 2020 Horror Comic Honoree of the Year–developed the character from a horror story hostess to a star.

Dynamite Entertainment announced earlier this year that a new feature film based on the character was in development. Plans are also reportedly in the works for a TV adaptation of the Vampirella Universe.

Keep reading Horror News Network for the latest on Vampirella in comic books and in cinematic form. 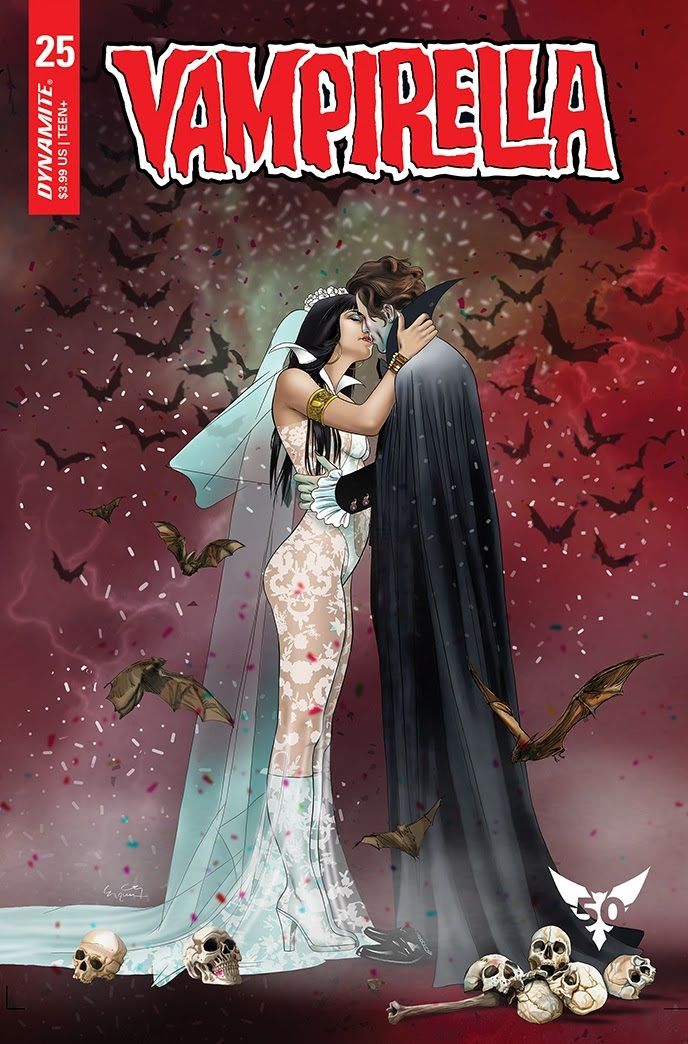