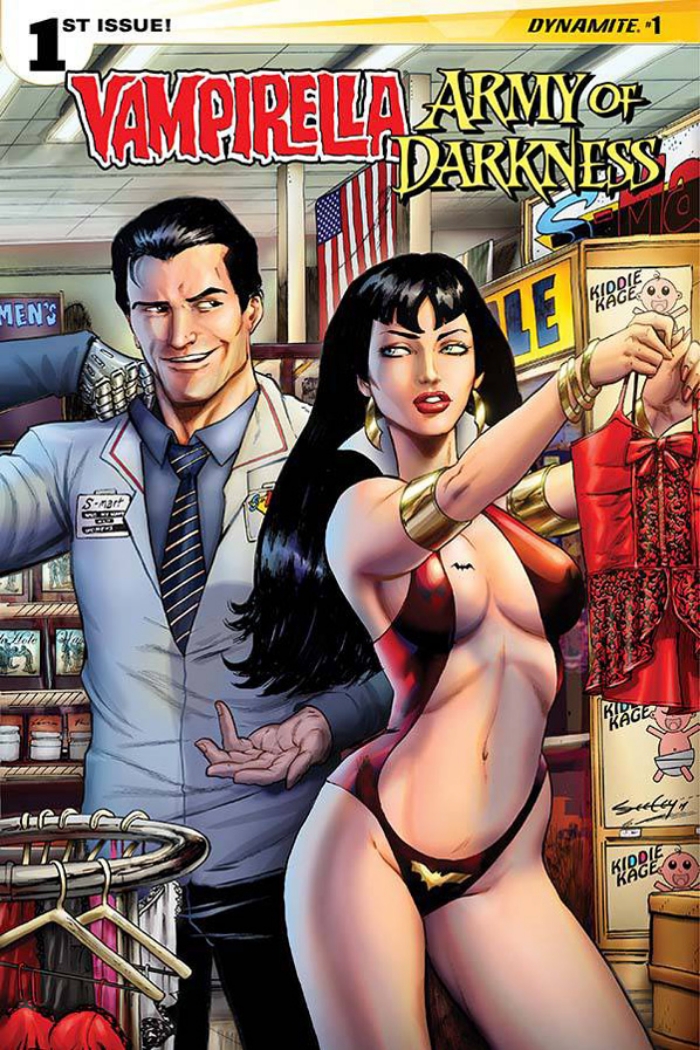 Dynamite Entertainment has provided us a preview of the new Vampirella/Army Of Darkness comic.

During his time trapped in the England of 1300 A.D., Ash listened to the terrified primitive screwheads tell of a horrific flying Deadite similar to the one he blasted out of the air when he arrived – but much deadlier. At the same time, a raven-haired temptress wants to give him some sugar – as his last meal!